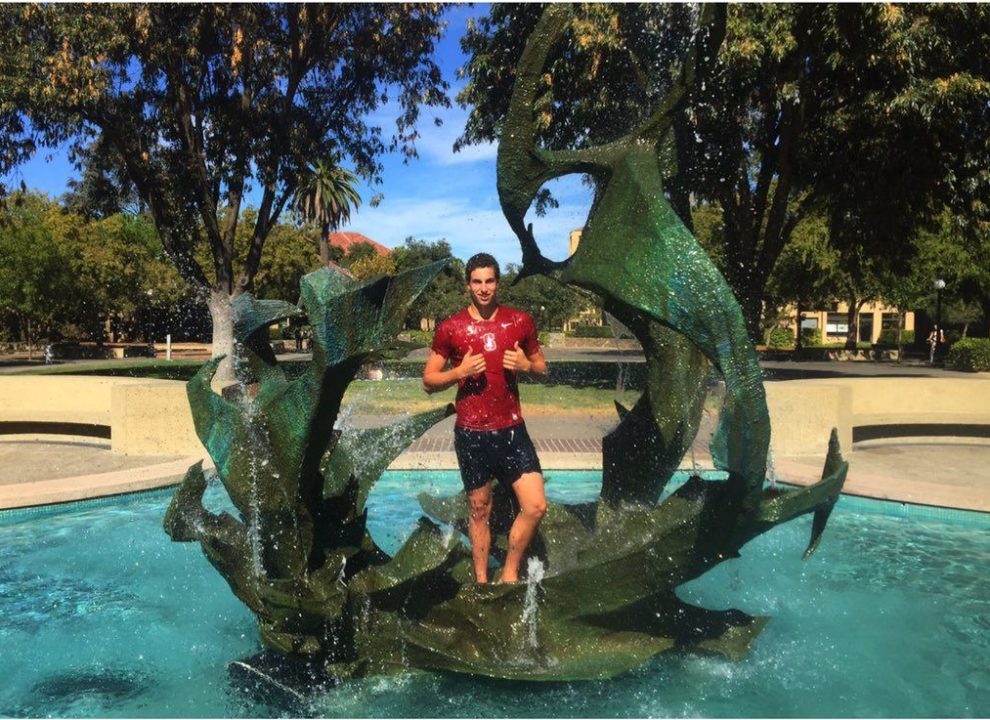 There were also a number of national records broken at the meet. Stock photo via Alberto Mestre

The 2021 Bahamas National Championships were held this past weekend in Nassau, serving as the final opportunity for those Caribbean swimmers to qualify for the Tokyo 2020 Olympics. One such qualification did take place. Former Stanford swimmer Alberto Mestre clocked a 21.93 personal best to come in under the FINA ‘A’ cut of 22.01. Mestre represents Venezuela internationally.

It took Mestre 4 tries to get the time, but he finally broke through in a big way. He entered the met with a personal best of 22.32, which he set in May of this year. In his first 50 of the meet, Mestre clocked a 22.93 in prelims of the 50 free. He then time trialed the 50, posting a new personal best of 22.24. He came back that afternoon and chipped another 0.01 seconds off his time, swimming a 22.23. Finally, he gave it another shot with a time trial, where he posted his 21.93, marking another big lifetime best, and qualifying him for Tokyo, right up against the qualification deadline, which was Sunday, the 27th.

There were also a number of national records broken at the meet. Mestre’s 50 marked a Venezuelan Record in the men’s 50 free, taking it under 22 seconds.

There was one other breaststroke record broken at the meet. Julio Horrego came in 2nd in the men’s 50 breast, swimming a 27.81. That swim marks a new Honduras Record in the event.

Holy cow that’s a clutch way to get an Olympic cut, dropping a second from your swim the day before

Yea amazing how these times just appear out of thin air

And boy did he look good while doing it! Go papi

He is the brother of Alfonso Mestre who Qualified on 800