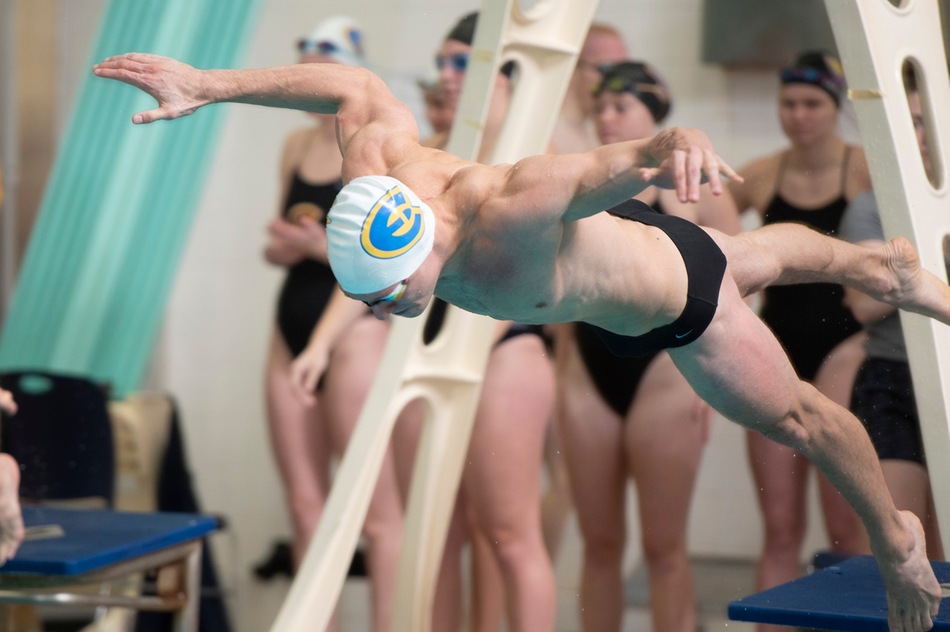 UW-Eau Claire senior Collin Miller has broken the NCAA Division III National Record in the 100 yard IM. Swimming this weekend at the St. Cloud/Rochester Invite in Minnesota, Miller swam a 49.23. That’s the best time in the country this season by more than 2 seconds and breaks the NCAA Divsiion III Record of 49.67.

The old record was set last season by MIT’s Bouke Edskes in February of this year.

The 100 IM, while not an NCAA National Championship event at any level yet, was approved as an NCAA championship meet event in 2015. Much like the 1000 free at the Division I level, which is not an NCAA National Championship event yet, the NCAA still keeps records even if there is no national champion. Some conferences are even including it at their conference championship meets. Thus far, the NCAA has only recognized Division III records in the event.

The fastest-known 100 yard IM from a confirmed swim is a 47.34 done by Michael Andrew at the 2018 ISCA Junior Championships. Andrew was the 2016 World Champion in the 100 IM in short course meters.

Miller is the WIAC Conference Record holder in the 200 IM and 100 breaststroke and is the defending Division III NCAA Champion in the 100 yard breaststroke.

Miller’s other meet results this weekend:

The 100 IM should be an NCAA Championship event.

50s of stroke should also at least on the D3 level

You read this article and still reference D3 like it’s summer league? 50’s for all