USOC concerned about cuts to NCAA non-revenue sports, per Yahoo 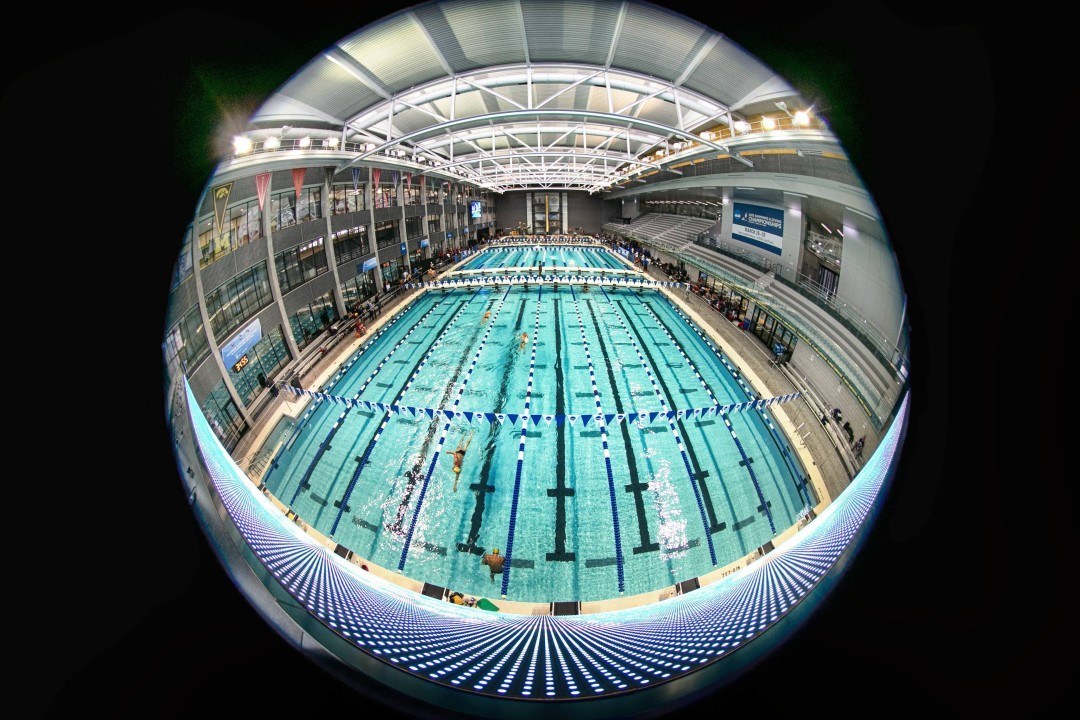 Shortly after the exciting, action-packed conclusions to the men's and women's NCAA swimming & diving seasons, college swimming fans got some sobering commentary from Yahoo Sports and the U.S. Olympic Committee (USOC). Stock photo via Tim Binning/TheSwimPictures.com

Shortly after the exciting, action-packed conclusions to the men’s and women’s NCAA swimming & diving seasons, college swimming fans got some sobering commentary from Yahoo Sports and the U.S. Olympic Committee (USOC).

Amidst the finale of the college basketball season, Yahoo reports that the USOC is concerned about the possibility of schools cutting their non-revenue and Olympic sports in the near future.

In the Yahoo Sports piece, USOC CEO Scott Blackmun said the Olympic Committee was “candidly, very concerned” that Olympic and non-revenue sports would see future cuts as money continues to swell into the revenue-producing sports of football and basketball.

The landscape of NCAA athletics could be entering a state of upheaval in the near future, given the new autonomy given to the ‘Power 5’ conferences to determine their own rules, and the growing movement to pay college athletes above and beyond scholarship dollars.

You can read one of our more recent reports on the subject here; it’s an interview with former Olympic swimmer and CEO of ChampionWomen Nancy Hogshed-Makar.

The growing concern is that paying college football and basketball players will ultimately cause schools to cut Olympic and non-revenue sports to balance their budgets.

In this excerpt from the Yahoo Sports piece, Blackmun lays out the dollars-and-cents explanation for why this could be the case:

“We’re not against giving college athletes much-improved medical care, four-year scholarships, full cost of attendance,” Blackmun said. “Our concern is that the inevitable impact of these changes is coming down on Olympic sports. We’ve seen estimates that athletic departments will have to spend an additional $2 million to $3 million per year to cover these costs. That’s the cost of operating two or three Olympic sports programs.

A few of the more swimming-centric statistics the Yahoo story drops:

The Yahoo Sports story also reiterates something Hogshed-Makar mentioned to SwimSwam in her interview: that the autonomy schools in the 5 biggest athletic conferences could choose to lower the required minimum number of sports each school must offer. The number currently stands at 14, and if the Power 5 conferences drop that number, non-revenue sports like swimming would be among the likely candidates for cutting at schools across the nation.

Yahoo Sports also floated the idea of changing college championships in Olympic sports to make them more profitable. A few options for swimming are to move the NCAA Championships back to February – hoping to grab a bigger audience and more media coverage by avoiding college basketball’s March Madness – or turning the national championships into a tournament-style bracket of one-on-one dual meets between teams.

Cal men’s coach Dave Durden was quoted, speculating some on that possiblity, but also asking perhaps the biggest question in the sport of swimming right now:

“A dual meet can be fan-friendly,” California men’s coach Dave Durden said. “It can typically fit into 90 minutes to two hours with [TV] production. We have a great audience for our sport every four years, but how can we grab that audience at other times? We’ve got to figure out how to make that every-four-year audience an every-year audience.”

I agree wholeheartedly. It’s interesting to think about a bracket-style tournament… I think that could do a lot for swimming as a whole- positive and negative. Why not to do a bracket-style championship: 1) Swimmers are already tired after just one championship meet, so multiply that by 4, and you have them exhausted. I don’t think we would have very many fast swims during the final round, much less American records. 2) It would be next to impossible to taper for a tournament like this. With all the travel and everything, training would have to be put on hold for weeks and to hold a taper for several dual meets at a time would be tough on the swimmers/coaches. Needless… Read more »

How far do you think they will go for NCAA olymoic sports. Also will there be the likely scenario of D1 athletes moving to colleges with a smaller football program and racing in these divisions. What are your thoughts?

Is there anywhere we can see which 50 or so teams discontinued their programs since 1980? It would be an interesting read.

UGLY wiki page has a list that is in need of a lot of attention. Go for it and edit all you wish.

It’s ashame that so many athletic departments are so narrow sighted. No one is under the allusion that the “revenue generating” sports at the college level are truly in it for the betterment of student-athletes, but a look at the graduation rate of those sports shows you how little they actually do for their universities.

With the rising cost of colleges one would think that keeping the sports most kids are actually paying a chunk of their tuition to participate in. Especially since those are the kids who are graduating and will be getting hit up for donations for decades to come.