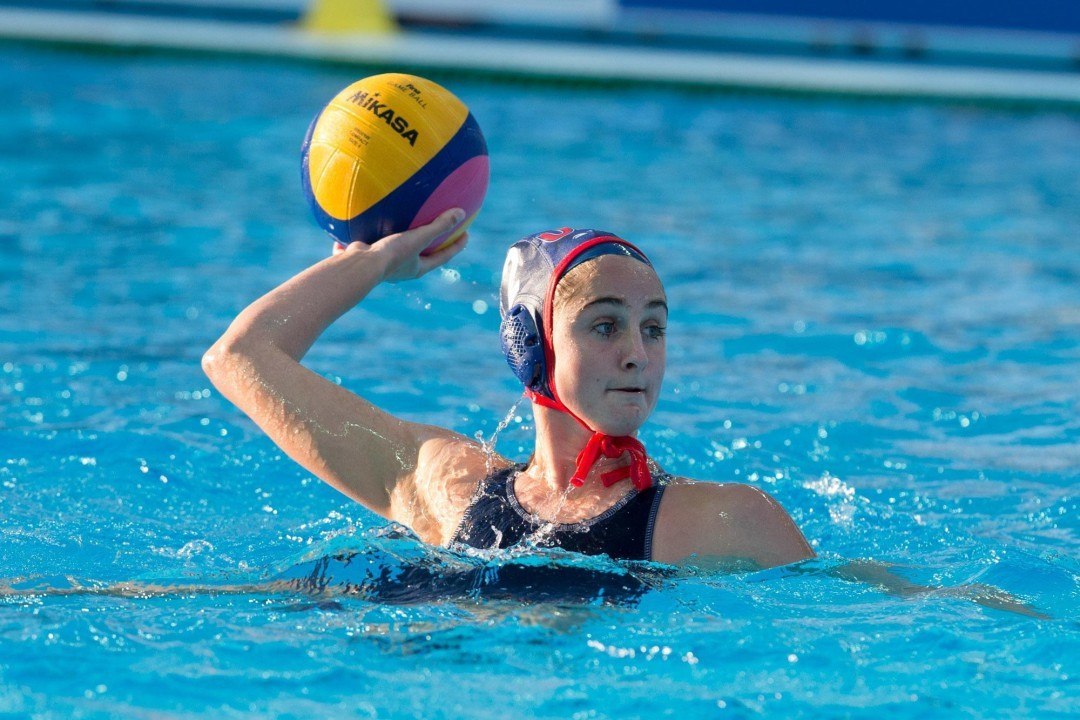 the USA Women's National Team is now one win away from qualifying for the 2020 Olympic Games after an 8-6 win over the Netherlands in Saturday's semifinals. Current photo via Tim Binning/TheSwimPictures.com

BUDAPEST, Hungary – The USA Women’s National Team is now one win away from qualifying for the 2020 Olympic Games after an 8-6 win over the Netherlands in the semi-final round of the FINA World League Super Final.

Team USA advances to the gold medal final on Sunday where a win will secure a repeat gold at the Super Final and punch a ticket to the 2020 Olympic Games in Tokyo, Japan.

Maddie Musselman (Newport Beach, CA/UCLA/CdM Aquatics), Maggie Steffens (Danville, CA/Stanford/NYAC) and Kiley Neushul (Isla Vista, CA/Stanford/NYAC) all scored two goals each in the victory with Ashleigh Johnson (Miami, FL/Princeton/NYAC) making 10 saves in the win on the way to player of the match honors.

Team USA will take on either Italy or Russia for gold on Sunday at 2:15pm et/11:15am pt. Live streaming and replays are available of all matches on FINA TV at FINAtv.live (subscription required). This event also serves as an Olympic qualifier for the 2020 Tokyo Games with the champion earning a spot at the Olympic Games next summer.

Maud Megens scored the first goal of the match to give the Netherlands a 1-0 lead but that was short-lived as Team USA came back with three straight goals from Neushul, Alys Williams (Huntington Beach, CA/UCLA/Huntington Beach WPF) and Makenzie Fischer (Laguna Beach, CA/Stanford/SET) for a 3-1 lead after eight minutes. Steffens, Neushul and Musselman delivered three more goals in the second quarter as Team USA built a 6-3 advantage at halftime.

In the third quarter the Netherlands drew closer outscoring Team USA 2-1 to close within 7-5 going to the fourth quarter. In the final quarter both defenses were strong as just two combined goals were scored. With 5:53 to play Megens scored her second goal to make it a 7-6 match. Steffens came back on the very next possession scoring on an assist from Fischer to push the lead back to two at 8-6. The Team USA defense would do the job the rest of the way en route to the two goal victory. Team USA and the Netherlands both went 2/6 on power plays with Team USA going 1/1 on penalties and the Netherlands going 2/2.