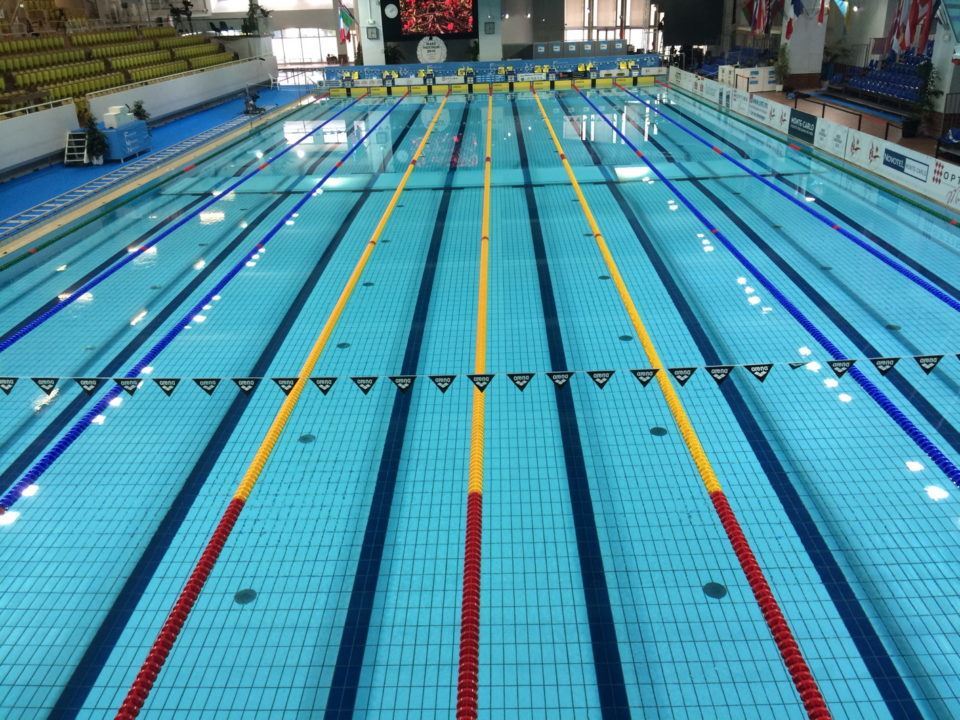 Stephanie Au lowered her Hong Kong National Record in the women's 50 back on day 1 in Monaco, clocking a time of 27.98. Archive photo via Georges Kiehl

Competing at the opening leg of the Mare Nostrum Tour in Monaco, Stephanie Au of Hong Kong set a new National Record in the women’s 50 back in a time of 27.98.

Au’s swim shatters her previous record of 28.33, which she originally set at the 2013 World Championships in Barcelona and then equalled less than two months ago at a Time Trial in Hong Kong.

Her time ties her for 17th in the world this year.

All of the 50s at this stop of the tour are being raced in tournament style, with a total of five rounds narrowing the field down to just two swimmers in the final. This was the third round, the round of eight, advancing Au into the semis (round of four) tomorrow.

Au had been 28.71 in the opening round and then wasn’t far off her National Record in the round of 16 in 28.40, putting her fourth-fastest in the field both times.

The 27-year-old is a three-time Olympian and is the holder of three other Hong Kong National LCM Records in the 400 free, 800 free, and 100 back.

Also impressing for the country on the first of two days at the competition was Siobhan Haughey, who won the women’s 200 free in a time of 1:56.05. That fell just .09 shy of her national mark of 1:55.96 set at the 2017 World Championships, and also put her fifth in the world this year.

Haughey’s win was also the first ever for Hong Kong at the Mare Nostrum Series, and Au is in prime position to make it two tomorrow.