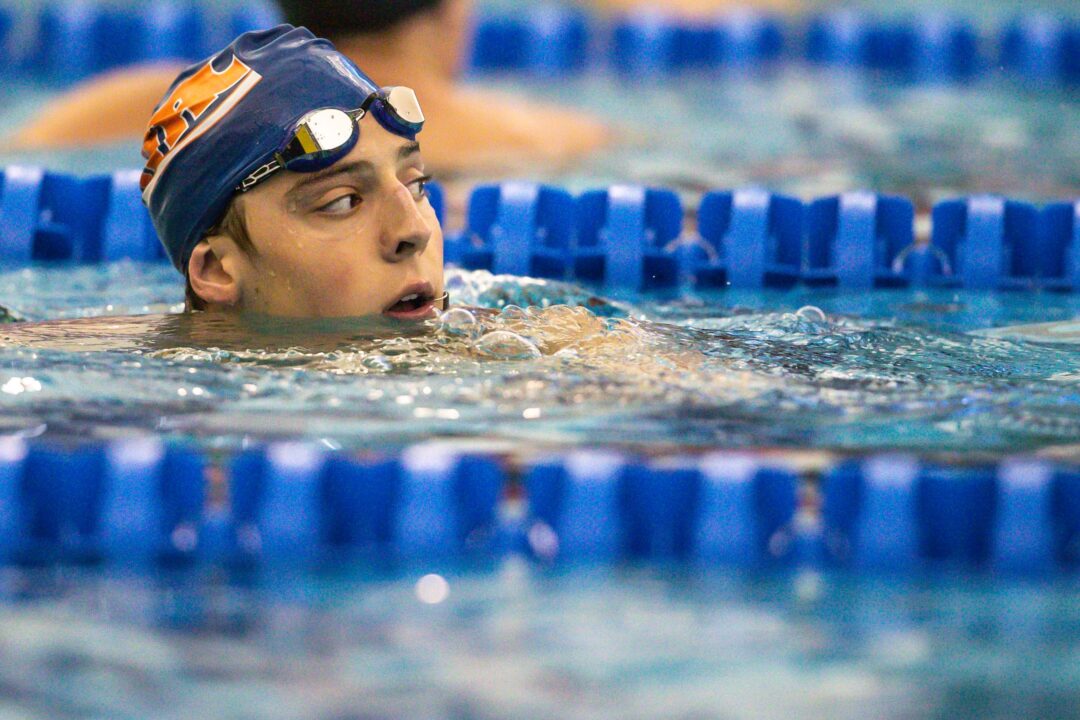 Texas A&M commit Baylor Nelson highlights the 2022 Mel Zajac Jr. Invitational roster, and he will be swimming the 100/200 free, 200/400 IM, and 200 back. Archive photo via Jack Spitser/Spitser Photography

USA Swimming has revealed its roster for the 2022 Mel Zajac Jr. Invitational, which will be held from June 3 to 5, 2022 in Vancouver, Canada.

Swimmers were selected onto this roster based off their performances from the time window between May 1, 2021 to April 30, 2022. This time window includes the 2022 U.S. Team Trials, which determined the rosters for the 2022 FINA World Championships and the 2022 Junior Pan Pacs meet. In order to be selected, a swimmer must be under 19 years old as of May 1, 2022. The roster size is limited to ten men and ten women.

The selection priorities are:

“Available” swimmers are those who were not previously selected to the World Championships or Junior Pan Pacs.

The Mel Zajac roster includes many swimmers who are too old to be selected onto the Junior Pan Pacs team, meaning they will be over 18 years old on December 31, 2022. This includes 18-year-old Cal commit Matthew Chai, who finished 5th in the men’s 1500 free but was not named onto the Junior Pan Pacs roster. Chai swam a time of 15:16.42 out of one of the slow mile heats, dropping 15.92 seconds from his previous best time.

In addition, since U.S. trials were not the only selection meet for Mel Zajac, there were swimmers who did not compete at trials that got selected to the team. Lilla Bognar, who clocked a time of 2:10.62 in the 200 back in August 2021, is amongst one of them and will be swimming the 200 back at Mel Zajac. Ella Welch, who went a time 55.55 in the 100 free in July 2021, will be swimming at Mel Zajac in the 100 free despite not swimming at trials.

I’m not sure I understand the link between rosters sizes for Junior Pan Pacs and Zajac or why we would expect them to be the same. Am I missing something?

0
0
Reply
Swimmin in the South
Reply to  Braden Keith

Probably because most going to jr pan Pacs and this is the overflow?!? A National teamers only have one option this summer so more juniors are getting international experience than senior ones!

No one swimming breaststroke ??

Only 9 men? USAS you have my info