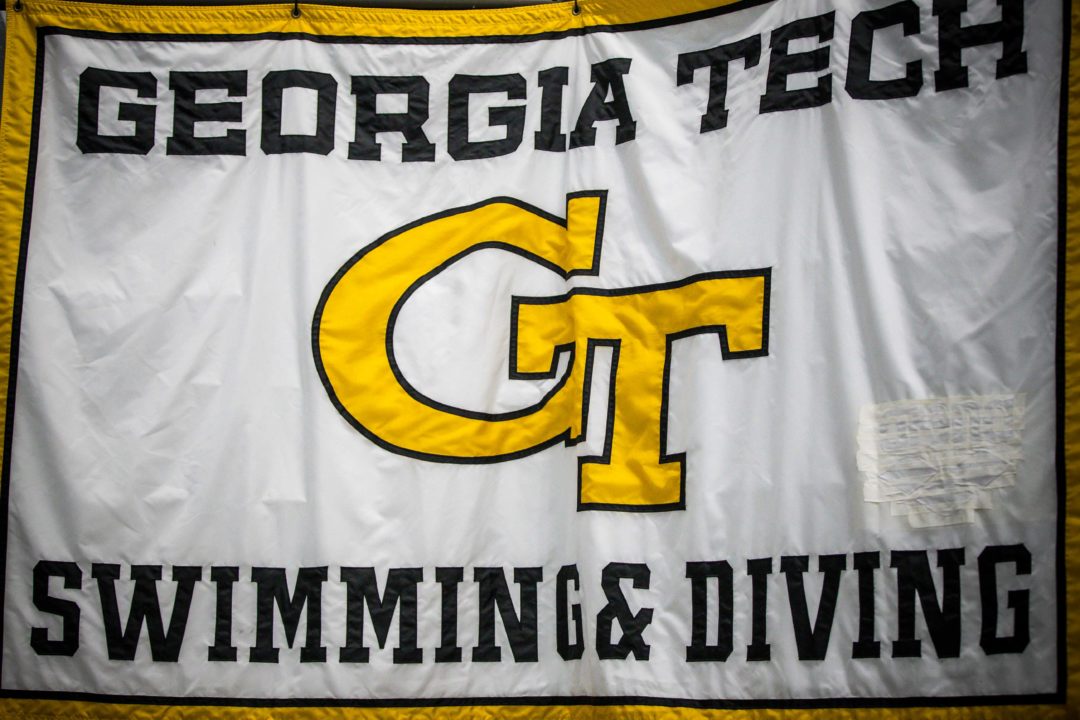 Bergmark was a Georgia Tech swimming letterwinner from 1972-75 and graduated from the Institute with a degree in industrial management in ’75. Stock photo via Jack Spitser/Spitser Photography

THE FLATS – Richard “Dick” Bergmark, a Georgia Tech swimming letterwinner and 1975 graduate, was awarded an honorary doctorate degree by the Institute during spring commencement exercises at Bobby Dodd Stadium on May 7. An honorary doctorate is the most significant honor that any university can bestow on an individual.

Bergmark was a Georgia Tech swimming letterwinner from 1972-75 and graduated from the Institute with a degree in industrial management in ’75. He went on to earn an MBA from the University of Oklahoma and became a Certified Public Accountant in Texas before embarking on a career that culminated with him serving as executive vice president, chief financial officer and treasurer of Core Laboratories NV.

Today, Bergmark enjoys mentoring students on career development decisions as well as serving as an advisor to a STEM-related educational foundation.

In his remarks during the Institute’s commencement exercises, he stated how generosity can improve the lives of others and encouraged graduates to thank those whose generosity helped them get to their graduation day.

“Many of us probably wouldn’t be here if it weren’t for the generosity of other people,” Bergmark said. “Share this moment of achievement with your supporters.”

“We would like this gift to provide Coach (Courtney) Hart with the resources to develop her student-athletes in the pool and the classroom, in preparation for their successes in life beyond their time at Georgia Tech,” the Bergmarks said when the endowment was announced in January 2020.

“On behalf of Georgia Tech athletics, I congratulate Dick Bergmark on this well-deserved honor,” Georgia Tech director of athletics Todd Stansbury said. “In addition to all he has accomplished professionally, Dick is one of the most generous people in the world, and his contributions to the betterment of Georgia Tech student-athletes have been invaluable. We thank Dick and his wife, Toni, for all that they have done and continue to do for Georgia Tech.”

This is great to see. Thank you Dick and Toni