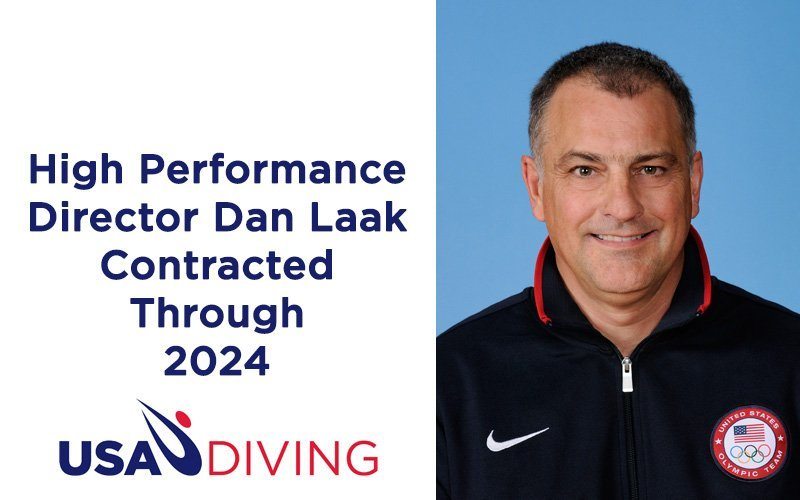 Laak, who was hired last summer after 31 years of coaching at the University of Georgia, will continue to oversee and manage the high performance department, which includes a High Performance Manager and a High Performance Athlete Services Coordinator. The three-time national coach of the year will develop strategies to prepare for the Olympic Games in Tokyo and Paris to enhance the growth of American divers competing both domestically and internationally in order to achieve world class success.

“I am thankful to USA Diving for their support and long-term commitment to allow me to lead and prepare our athletes and coaches for Tokyo 2020, Paris 2024 and beyond,” Laak said.

Under Laak, USA Diving is making strides toward Tokyo 2020 and Paris 2024 with Bridget O’Neil (Southlake, Texas) clinching the bronze medal at Summer Youth Olympic Games and Team USA earning two silver and two bronze medals at the FINA Gold Coast Grand Prix last fall. In 2019, Olympic hopefuls, led by Laak, will continue to prepare for the Olympic Games as they compete in FINA Grand Prix meets, including one in which the United States will host for the first time in six years, Senior National Championships, World University Games, World Championships and Junior National Championships.