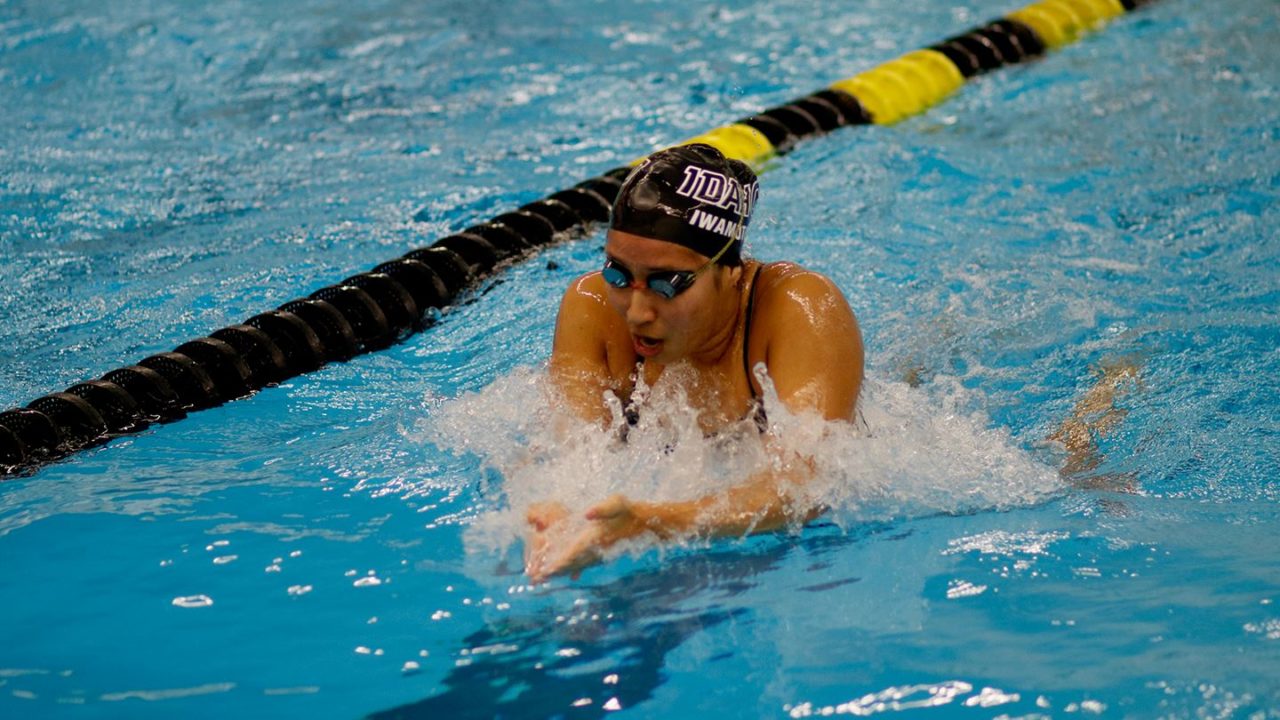 After being told in 2018 to cut his athletic department’s spending by $1 million, University of Idaho President Chuck Staben came up with a solution he thought would allow him to avoid cutting sports.

While women’s swimming, women’s soccer and men’s golf were likely on the chopping block, Staben wanted to propose adding equivalency sports where non-scholarship athletes’ tuition would make the sports profitable for the school, according to a report from Sportico’s Eben Novy-Williams.

“Instead of cutting sports to save money, Staben argued that Idaho should add them,” Novy-Williams reported.

Staben put together a 22-slide presentation that explained that cutting those sports would take $1 million off the athletics budgets, it would actually cost the school $1.6 million in lost tuition. But by Staben’s calculations, adding men’s swimming and women’s triathlon and rifle would result in a $$843,000 profit for the school.

The board wouldn’t hear the idea, Novy-Williams reported.  “And the board said, ‘No, we don’t want to see that,’” Staben said. “They wouldn’t let me present it.”

In the end, Idaho was granted a waiver giving it an additional year to find a way to reduce its budget — so sport cuts could still be coming down the line.

Idaho’s failed attempt to add swimming is particularly intriguing in light of Boise State’s announcement Thursday that it is eliminating its women’s swimming and diving program as part of a cost-cutting effort.

The school is cutting both the swimming & dive program and the baseball program – those changes, combined with other cost-saving measures, are expected to reduce the overall departmental budget by $3 million, the school said.

Other schools that have cut swimming & diving programs this summer:

Wow… a College president comes up with a way to save sports and make money and the Board shoots it down… time for a new Board then.

I wonder if the president takes a 50% pay cut you could use that as that starting to a swim team. Probably won’t happen but worth try!

My impression is that the board members are just super rich and/or connected donors who don’t actually have any idea how to run a school, but instead just want the trappings of power without having to campaign or be held accountable. This article confirmed that.

I get the tuition argument for NAIA or Juco schools that are trying to attract as many students as possible. But surely the university of idaho has enough applicants that admissions can let in another 50 students to offset losing 50 student athletes. Always nice to see people sticking up for swimming, but I get why they didn’t go with the argument.

I don’t think it’s as simple as you make it sound. The key is attracting qualified students. In most cases, swimmers and divers are well qualified by admission standards and enhance the university profile (and pay tuition), as compared to taking the next 50 students at the bottom of your qualified applicant list or dipping into the under qualified pool.

Agreed, at ECU they are practically letting anyone with a pulse into school due to lack of enrollment. The loss of swimming/diving and tennis takes away students who are typically higher level students. ECU’s new admission standards are a joke to get kids to come.

It is a shame that the suits priority is the all mighty dollar instead of these young men and women’s best years of their life. We are the pirates of Ecu

It doesn’t work that way. Accepting more doesn’t guarantee enrollment. Coaches actively go out and bring kids to the school that wouldn’t normally go there.
This is from Idaho:
Acceptance and Enrollment Stats (Fall 2018)

Joe Plane, you are correct.
And it’s why acceptance rate by itself is a poor metric to judge most schools by.
You need to start with at least the acceptance rate and the yield.

But there are so many tricks with college numbers and rankings when you start digging that honestly it’s hard to take a lot of the system at face value.