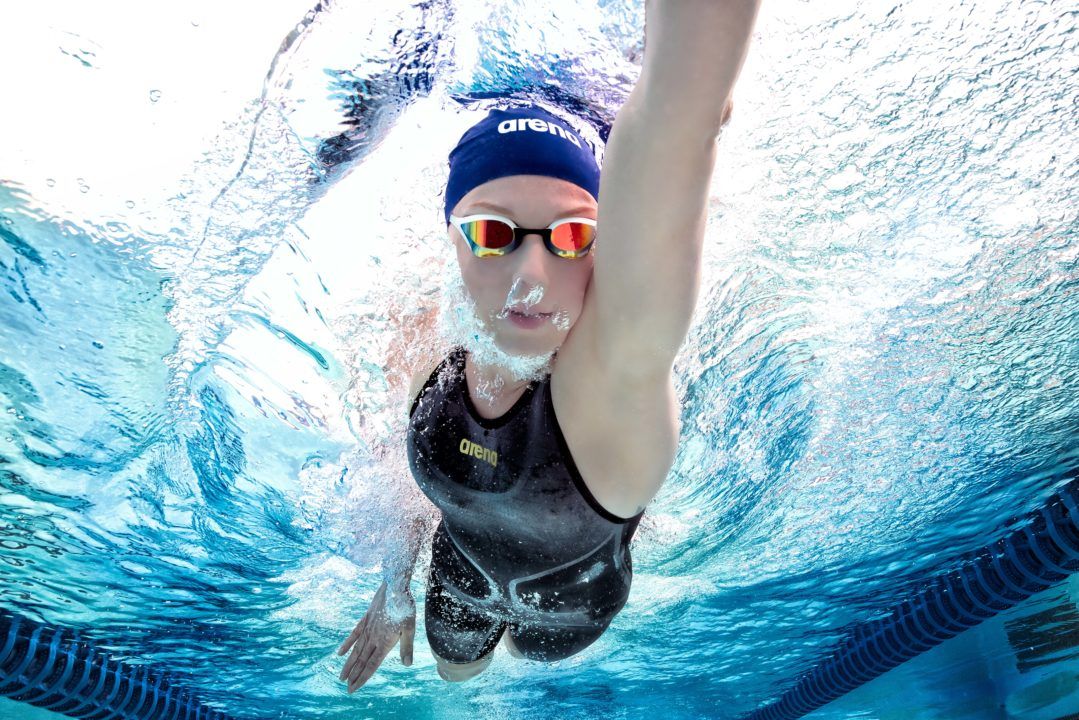 29-time Paralympic medalist Jessica Long was among the 25 swimmers named to the American roster for the 2022 Para World Championships. Archive photo via Mike Lewis/Ola Vista Photography

“The Para Swimming World Series in Indianapolis served as the first major international competition post Tokyo for many of our athletes. The athletes named to the world championship roster stepped up, performed well and earned their ticket to Portugal,” Erin Popovich, director of U.S. Paralympics Swimming, said. “This is a team largely composed of veteran athletes who have raced on the world’s biggest stages, and we look to them to lead the way for the up-and-coming athletes making their world championship debut.”

2020 Paralympians McClain Hermes (Dacula, Georgia) and Summer Schmit (Stillwater, Minnesota), as well as 15-year-old Audrey Kim (Salt Lake City, Utah) were also named to the roster. Hermes is a world champion, having won the 400m freestyle in the women’s S11 class in 2017. She also has a pair of silvers and a pair of bronzes from 2017.

Both Schmit and Kim earn their first world championships berth, and Kim’s major competition debut. Schmit competed at Tokyo 2020, where she swam to a  fifth-place finish in the women’s 200m individual medley SM9. Schmit and Kim round out the women’s roster, which has combined for a career 67 Paralympic medals.

Robert Griswold (Freehold, New Jersey), who led the way for the U.S. men with double gold in Tokyo, continued his success in Indianapolis, earning two golds and a bronze on the weekend. Teammates and 2020 Paralympic medalists Matthew Torres (Ansonia, Connecticut) and Jamal Hill (Inglewood, California) punched their tickets to Portugal following their performances in the men’s 400m freestyle and 50m freestyle, respectively.  Rudy Garcia-Tolson (Colorado Springs, Colorado) also impressed with two podium appearances as the five-time Paralympian looks toward what he says will be his last major international swimming competition as he transitions full-time to paratriathlon.

Karimi is set to make his first official appearance as a member of the United States team after competing for the Refugee Paralympic Team in Tokyo. Karimi recently earned his American citizenship after leaving Afghanistan, his home country, at 16 years old. He has lived and trained in the United States since 2016, and has previously competed at two world championships, including a silver medal performance in the men’s 50m butterfly S5 in 2017.

This will mark the world championships debut for both Egbert and Ray, both up-and-coming swimmers looking to show their speed and talent in Portugal. Last summer, 18-year-old Egbert qualified for the Tokyo Paralympic Team, while Ray competed at the 2019 Parapan American Games, where he finished fourth in the 100m breaststroke.

The 2022 Para Swimming World Championships are set to run from June 12-18 at the Penteada Olympic Swimming Complex. The last Para swimming world championships, which took place in London in 2019, featured 637 athletes from 77 nations.

Very excited to see what this team can do at worlds! Lots of potential to do some great things on the world stage.