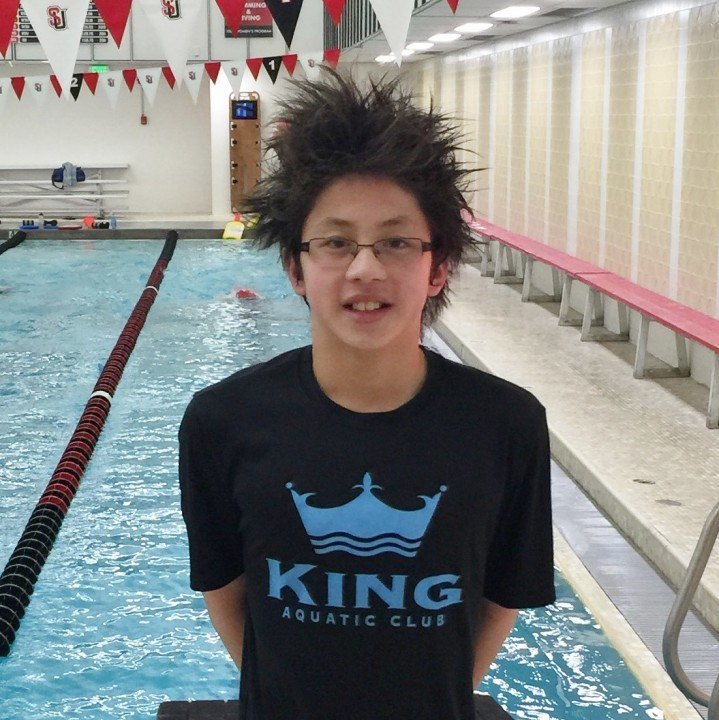 While Lu has 3 National Age Group Records as part of relays, this marks his first individual record. The record came after a 12-second drop among the day: his best time coming into the day with a lifetime best of 4:03.62 a month ago, dropped it to 4:01.17 in prelims, and then dropped it nearly another 10 seconds in finals. Lu’s time, if done in a few months (he ages up in March), would rank him 31st all-time even in the 15-16 age group.

Below are some split comparisons. The difference between Lu’s record and Michael Andrew‘s old record is pacing – while Lu was behind pace on the fly leg, he out-split Andrew on the other 3 legs.

Incidentally, Andrew’s record-breaking swim knocked 2 seconds from his old personal best. His count is now down to 22 NAG Records: 10 in long course and 12 in short course.

Other Saturday Results from Federal Way

I re-watched the amazing video posted on YouTube by his dad, Ruobo Lu, around 10x. Tyler is a god legend swimmer. He probably only looks to weigh less than 130 lbs. and stands at around 5’8″. To see a small swimmer like this swim so fast, that means if he packed on some muscle and strength in the next couple years, we could see a potential future NCAA/American/US Open record holder in the 400 IM, beating Chase Kalisz’s times.

Ahhhhh no way!!!! Let’s change the way we all train now

Is no one gonna say anything about a 12 second drop? How is that even possible? Even for a 14 year old that is rare especially at this level. Had he just not done the race in a while? Did he taper for a January meet even tho he got a March birthday? USRPT? Juicin? Just got a girlfriend and is stoked on life? Momma makin him sleep in the garage unless he breaks a NAG?

He just came off a few great weeks of Holiday training, hasn’t swam the event in a while, no real taper, happened to go 4:35 in the 500 the night before so the writing was on the wall. Great job by Tyler and Coach Tommy Cunningham.

14 year old boys usually see huge drops, in my experience. Getting taller, gaining muscle, really feeling the effects of rest, etc. If it was an 18 year old dropping 12 seconds that might be a bit more surprising, but even then, it’s the 400 IM.. That’s one of the events where resting and suiting up seem to help out a lot, so 12 seconds isn’t that unexpected.

He had just swam the 4:03 at a taper meet a month ago, so the time was not old and I doubt he grew enough in one month to account for a 12 second drop. Based on his other results from this meet I’m guessing he’s at least partially rested which isn’t much of a stretch since it is a fairly competitive meet. Must have had monster holiday training.

That would be correct. Us, King Aquatic Club had a challenging holiday training

Back to when MA lasted longer than a 100