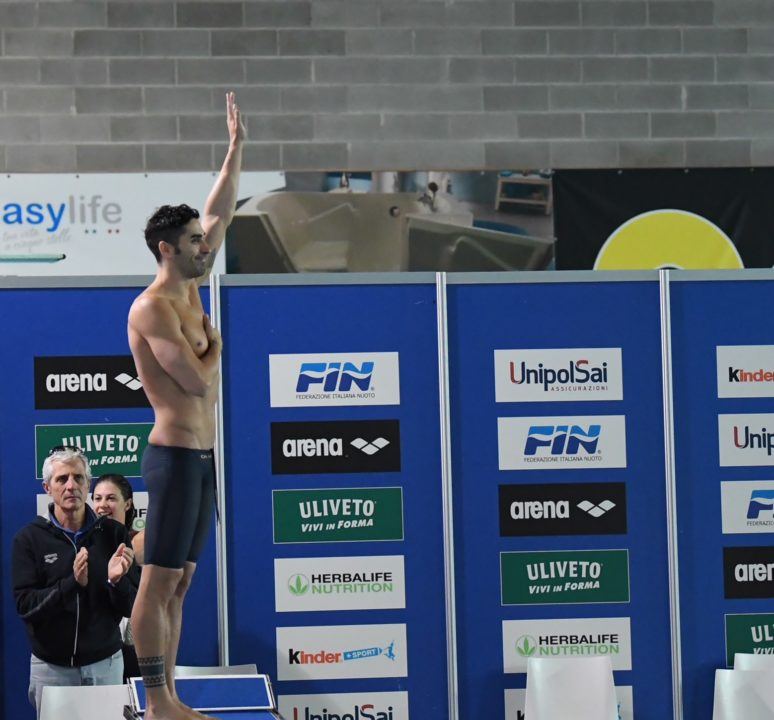 The launch of Speedo’s Hyper Elite goggle marks the latest development in a long line of product innovations from a brand which continues to lead the way.

Two-time 100m freestyle world champion Filippo Magnini of Italy has announced his retirement from competitive swimming at the age of 35. The sprinter made the surprise announcement in the midst of competing at this year’s Italian National SC Open Championships in Riccione over the weekend.

Standing at the microphone at the officials’ table, Magnini, with longtime national teammate Luca Dotto by his side, gave a heartfelt, impromptu speech to reveal his retirement plans to fans and fellow teammates. (Google translate-assisted)

“I want to apologize to everyone, to my parents, to my coach and to the Federation who knew nothing,” started Magnini. “I think certain choices you have to take yourself. It is a couple of days that I think about it, beyond the Europeans that it would be perhaps a nice conclusion of career.”

An Olympic relay medalist in Athens, Magnini stated, “I hope I have given something to this sport and have written part of the story.”

Magnini racked up 53 international swimming medals across both short and long course, including standing atop the podium with the men’s 100m freestyle gold in both Montreal (2005) and Melbourne (2007).

Reflecting on his career, Magnini continued, “I want to thank everyone and I really hope to have taught something to the young, to the future. I thank my training buddies, because if I continued to swim until the age of 35 years is because I had many boys of 17 or eighteen years who told me: Captain, do not stop! But I want to tell you one thing: at this moment of my life I am happy and I want to stop at a time when I am happy with myself, so today I say: Goodbye World of Swimming!”

Magnini’s retirement comes as he is being questioned by Italian anti-doping authorities for his connection to Dr. Guido Porcellini, who is being investigated.

You can read our original report in Italian here.

Retiring in the middle of a doping scandal. Way to go out on the bottom!