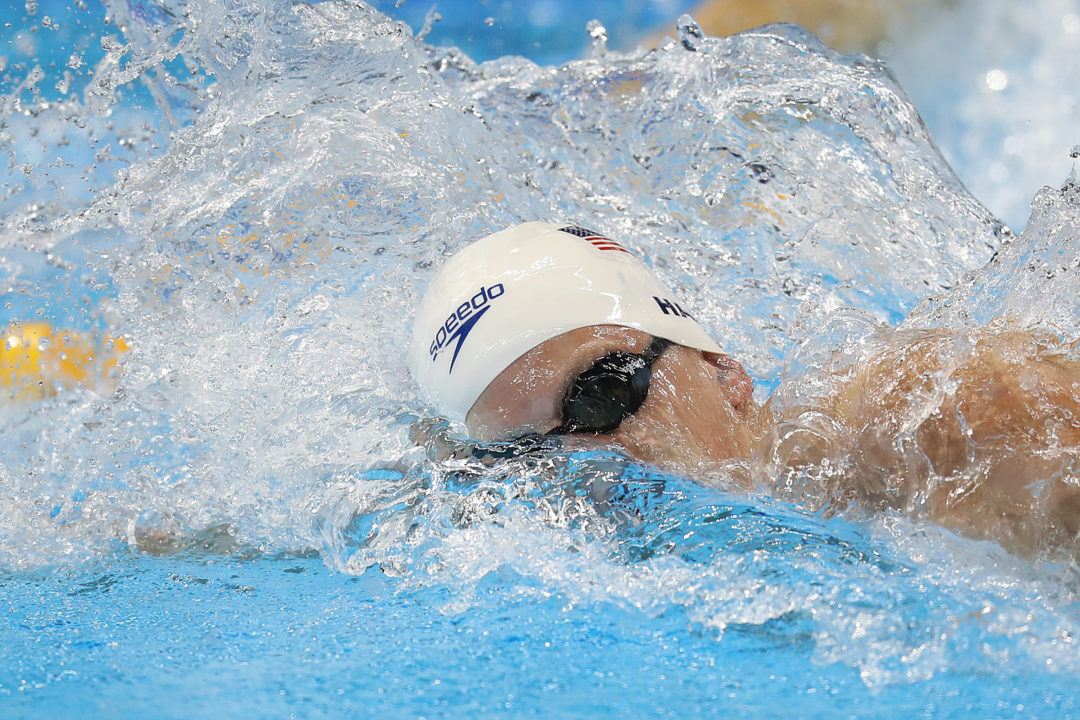 19 year-old Townley Haas scorched a 1:44.14 split while swimming the second leg of the USA’s gold medal winning 4×200 on the fourth night of swimming of the 2016 Rio Olympic Games.  Not only did that end up being the fastest split in the field by .71 (ahead of Great Britain’s James Guy, who had a great swim too), but the NBC commentators immediately announced that it was the fifth-fastest split in history.  While relay splits are not official, it appears that Haas’s split tonight actually ties him with Ian Thorpe for the sixth-fastest split in history.

Note: this list does not include any relay lead-offs.

While Haas had a solid career as an age grouper, including this NAG, he really burst onto the scene this spring as a freshman for the Texas Longhorns at the 2016 NCAA championships.  On the first night of the meet, Haas blasted the fastest relay 200 yard relay split in history as the Longhorns demolished the U.S. Open record in the 800 yard free relay.  (Haas’s Texas teammates Jack Conger and Clark Smith, also on that relay, also earned gold medals today by virtue of their swims in the prelims of the 4×200 free relay).

Two days later, Haas broke the American and U.S. Open records in the individual 200 yard freestyle with a time that was actually faster than his relay split earlier in the meet.

Yet tonight, Haas’s 1:44.14 was well over a second faster than the 1:45.58 that he swam in the finals of the individual 200 free Monday night, where he finished fifth.  With tonight’s gold medal, Haas is done competing in Rio, but based on what he was done so far this year, it looks clear that Haas will have many more international meets ahead of him.

4th fastest ever split besides leadoff.
Don’t you dare disagree -_-

I liked watching him celebrate as soon as Phelps touched the wall. Incredibly awkward celebration

a phenom in the making……remember thats only the start ……

Latest example in a long list of Bathtub swimmers who made it in the adults pool.