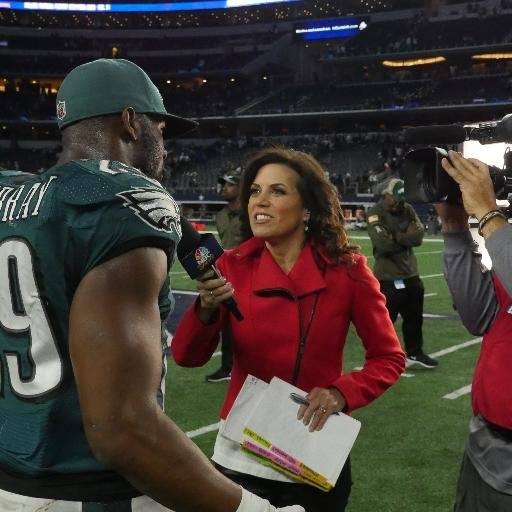 Hicks and Gaines will be heading up NBC’s swimming coverage for the sixth consecutive Olympics. Tafoya will be covering her fourth Olympics, and, although she has never covered Olympic swimming, she got her feet wet with the 2015 FINA World Championships in August.

“”Dan, Rowdy, and I… had a great time working together,” she told SportingNews.com. “That experience was an excellent introduction to the sport and to the world’s best competitors. Katie Ledecky was a force of nature.  She convinced me that she and Michael Phelps will be the dominant American stories at our venue in Rio. But Natalie Coughlin and Missy Franklin will get a lot of attention as well.”

Executive producer of NBC Olympics Jim Bell said that swimming is “always one of the most anticipated competitions of the Games,” so it only makes sense to use their reporter from Sunday Night Football, the #1 rated show in primetime television.

Tafoya will succeed Andrea Kremer, who was the on-deck reporter for the 2008 and 2012 Olympic Games.

NBC’s Olympic coverage will start up on Friday, August 5th.

This is great to hear. She is the best in the business and a real pro. She’s always informed and straight on when she covers sports events.

Still not a patch on Our Sharron!

Nothing beats our famous French interviewer at olympic games/swimming and track world championships/tennis and figure skating events for around 3 decades now.
Nelson Monfort of course!
The guy who ask very long questions…. 😆
https://www.youtube.com/watch?v=Tx1xc53K8Ys