Tokyo 2020 Travelers To Be Greeted By Airport Robots 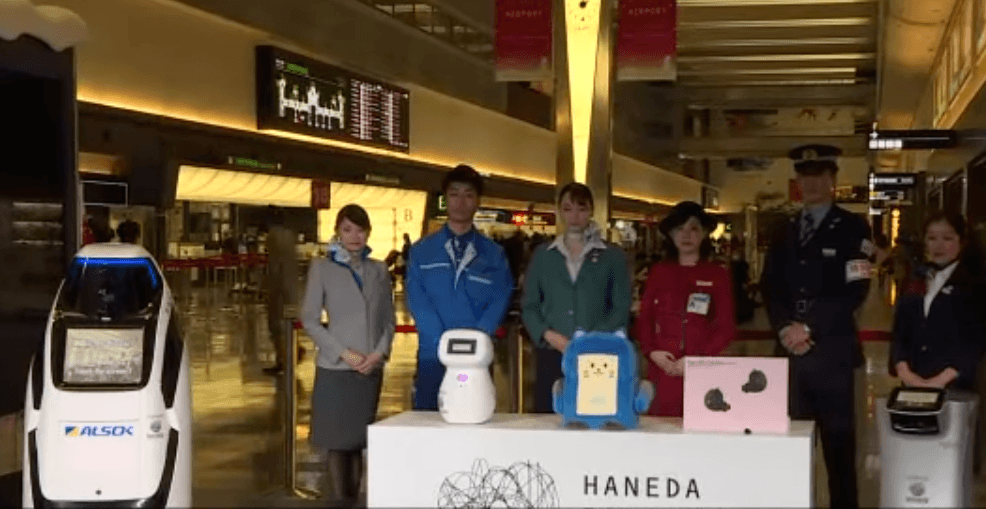 Traveling to Tokyo in 2020 for the Summer Olympic Games? You may run into a fuzzy cat robot in the airport, ready to assist you. Current photo via FMT News

With plans to recycle old cell phones into competition medals and potentially have a flying car light the opening ceremony cauldron, the Tokyo 2020 Olympics are already gearing up to be perhaps the most futuristic yet. Even more technology is on the way, however, as prototype robots have been deployed at Tokyo’s Haneda Airport this month, offering a glimpse into what visitors may encounter just over 2 years from now.

Seven artificial intelligence (AI)-driven robots are currently perusing around the airport, demonstrating their tourist-friendly abilities. Their electronic talents include assisting with language translations, providing concise directions and even helping with luggage.

According to Phys.org, Yutaka Kuratomi, a representative from the Japan Airport Terminal, hopes that the terminals will be “scattered with robots” by the time 2020 rolls around, making it “normal” to see visitors communicating with machines.

“We want foreign tourists to think that the Japanese people are cool when they come here,” Kuratomi.

The robots range in size, shape and color, with the first roll-out including a fluffy cat mascot that speaks 4 languages. Below is a quick video, courtesy of FMT News, which shows the robots out and about among airport travelers.