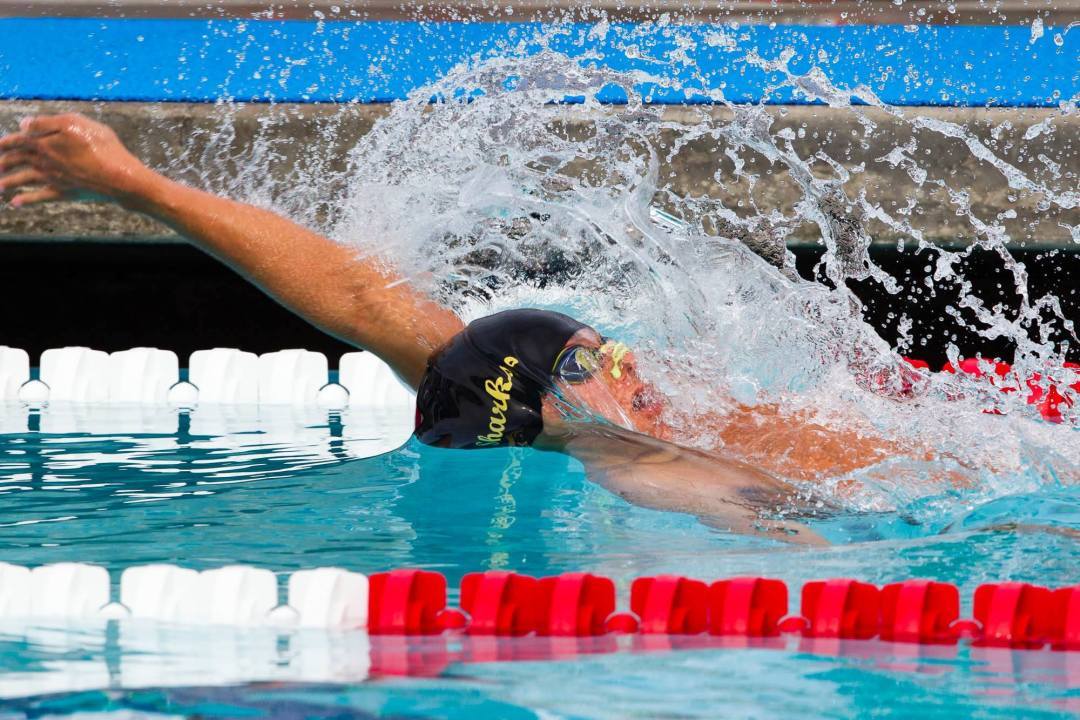 Austin Katz (pictured above) will take on Carter Griffin and Cameron Craig in a swim-off to determine which swimmer will swim in the 100 back semifinals tonight. Current photo via Tim Binning/TheSwimPictures.com

Three swimmers tied for sixteenth place in the men’s 100 backstroke prelims this morning at the U.S. Olympic Team Trials in Omaha, Nebraska.

Unless one of the three decide to scratch, which is highly unlikely, a swim off among the three athletes will determine the final qualifier of the men’s 100 backstroke.

Katz is the defending FINA Junior World Championships gold medalist. Craig is an Arizona State commit and Michigan High School record holder, and Griffin is a rising Mizzou junior who places 12th in the 200 back at this year’s NCAA Championships.

David Plummer posted the fastest time in the event this morning, clocking 53.22 to lead the field.

You can find the full results of the men’s 100 backstroke prelims here.

Yes. Only one would need to scratch. Two of the three will advance.

Wouldn’t only one need to scratch? They all tied for 15th.