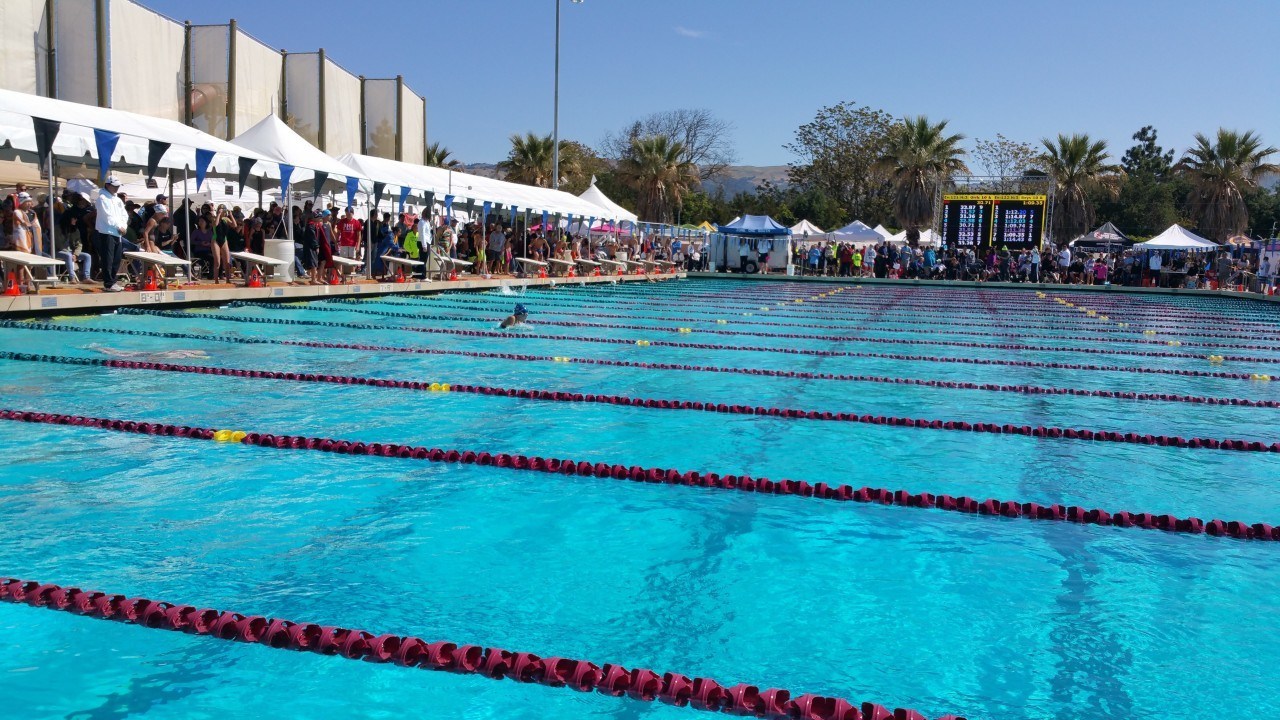 Luka Mijatovic lowered his best 400 freestyle time by nearly four seconds with a 4:07.64, the fastest nationally among 13-year-old boys this season.

A trio of 13-year-old swimmers tallied nation-leading times this season for their age at last weekend’s 2022 Far Westerns in Concord, California.

Aasish Dangol of Albany Armada Aquatics took more than a second off his previous best, posting a 2:09.85 to finish first in the 200-meter butterfly and take over the top time nationally for his age. A native of Saipan, the largest of the Northern Mariana Islands in the western Pacific Ocean, Dangol already held the national record in the event at just 13 years old. Now he has a Futures cut to go along with it after breaking the 2:10 barrier for the first time. Dangol was shooting for a sub-2:10 swim at Sectionals the week prior but barely missed out with a 2:11.07.

“I don’t feel much different,” Dangol told SaipanTribune.com. “I am excited to go up in age, and maybe my goal for next season can be to be the fastest 13-14 year old in the nation. I think it will also be fun to go to bigger and faster meets.”

Luka Mijatovic lowered his best 400 freestyle time by nearly four seconds in the final with a 4:07.64, which marks the fastest nationally among 13-year-old boys this season. In the 800 free, the Pleasanton Seahawks standout shaved nearly 10 seconds off his previous best from last month to win in 8:30.89, throwing down an impressive time drop to become the second-fastest performer this season for his age. Mijatovic’s new personal best in the 200 free also ranks second this season, while his victories in the 200 IM (2:12.46) and 400 IM (4:41.73) rank third and fourth, respectively.

Ella Busquets snuck under the Winter Nationals standard in the 100 backstroke, reaching the wall in another nation-leading time of 1:04.60. The 13-year-old Diablo Aquatics swimmer also helped her squad take home the title in the 200 free relay behind her 27.64 split. Addison Vonderahe blazed 26.49 on the anchor. Their combined total of 1:49.96 ranks sixth nationally this season in the girls 13-14 age group.

Mijatovic’s Seahawks teammate, Oryan Liu, pulled out a victory in the 100 breast with a time of 1:09.05, a new personal best by four-tenths of a second. The time ranks 10th this season among 13-year-old boys nationally. Finishing just behind Liu in the 100 breast was Shareef Elaydi, who touched the wall in 1:09.20. The 13-year-old Santa Clara Swim Club member went 58.91 in the 100 fly — third-fastest this season for his age — and 2:12.33 in the 200 fly, a personal best by nearly two seconds that ranks sixth in the country this season.

Aasish the next one babyyyyy let’s gooooooo🔥🔥🔥🔥🔥🔥