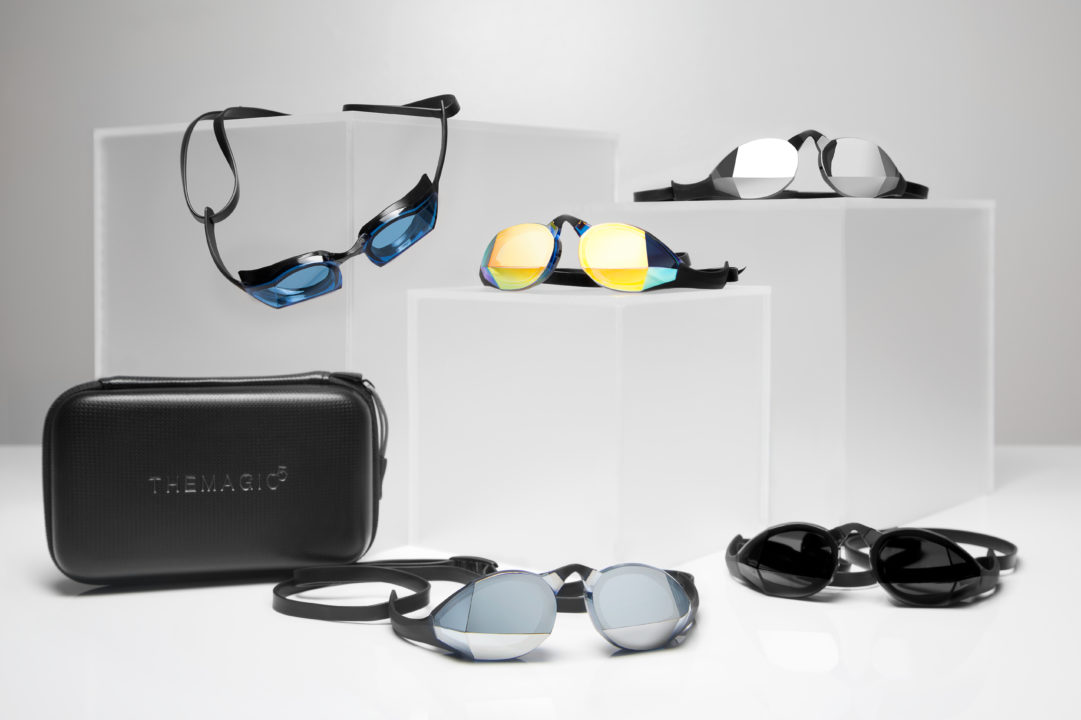 THEMAGIC5 has been sourcing its goggles to healthcare workers to use as personal protective equipment for treating COVID-19 patients. Donate to its GoFundMe. Archive photo via TheMagic5, a SwimSwam Partner

THEMAGIC5 is a SwimSwam partner.

Goggle manufacturer THEMAGIC5 has found a way to have its products serve a greater purpose during the ongoing global pandemic.

After noticing that several states in Denmark had started sourcing goggles as alternative personal protective equipment (PPE) for COVID-19 patients, it began to do the same in the US.

“We saw that as a great approach, but also though that our product might be able to help more than regular goggles simply because they seal better and they are more comfortable to wear,” Partner and Co-Founder Rasmus M. Barfred wrote in an email. “We pushed out 50 goggles to nurses, doctors, and EMTs in NYC to test the viability and the test showed that people on the frontline said they worked great as an alternative PPE.”

Once it was confirmed that the goggles could work as PPE, the company began to allocate its stock that was useful to nurses, doctors, and EMTs, but it wasn’t sustainable on its own with the shipping costs.

“As much as we would, we can’t afford to deplete our stock and take the shipping cost, so we have made a GoFundMe campaign to cover the per-user cost,” Barfred said. “So, someone donating $15 equals one pair of free goggles for healthcare personnel.”

The $15 donations are just enough to cover the company’s cost, ensuring they can restock.

Since the campaign went live, THEMAGIC5 has been “flooded” with requests from healthcare personnel asking for the goggles as PPE, as they either don’t have any or are low in stock.

Donated! Keep up the good work.

Thank you for covering this!
Since we launched our GoFundMe campaign, we have bee flooded by nurses, doctors, EMTs that want our help.