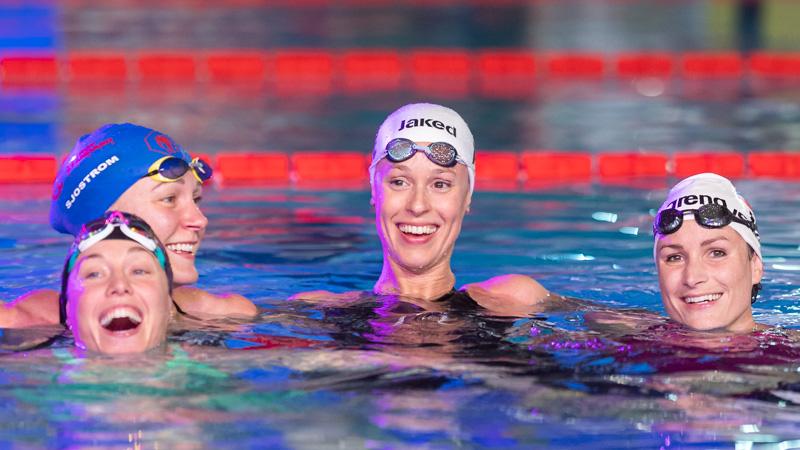 Federica Pellegrini transcended swimming in Italy as a prominent public figure, and this week says goodbye to the sport after an illustrious career. Archive photo via Andrea Staccioli / Deepbluemedia / Insidefoto

2022 Flanders Cup Set For This Weekend In Belgium

Austria’s Bernhard Reitshammer is one of the swimmers expected to make an appearance this weekend at the 2022 Flanders Swimming Cup.

This article originally appeared in the Spring 2021 issue of SwimSwam Magazine (subscribe here). In honor of Federica Pellegrini swimming in her last competition in Italy before retirement, here’s a tribute article on the Italian superstar.

At the Tokyo Olympics, the spotlight will shine a little brighter. Five years have passed since the last Olympics. There will be a new generation of athletes who will have the five circles on their uniforms for the first time. There will also be the generation experiencing their last time in the Olympics, the last time in an international competition, the last pool, and, hopefully, the last medal. The person who best represents this generation will wear the uniform of Italy and will be Federica Pellegrini.

Every show has a beginning, a main scene, and an ending. The curtain comes down, and the spectator is left with conflicting feelings; only when he has processed them will he be able to give them a name.

This is the show of swimming, and the leading actress is Federica Pellegrini.

Pellegrini is not only the emblem of swimming in Italy. She is costume, she is fashion, she is style. In the 2000s, teenagers imitated her haircut — “I want hair like Federica Pellegrini,” they would say, and every Italian hairdresser knew exactly what to do.

When you are in Italy, “sport” is “soccer.” But though you can hardly find a person on the street who can tell you what the Sette Colli Trophy is, really anywhere in Italy they will tell you who Federica Pellegrini is.

That first Olympic podium, in Athens in 2004, welcomed a girl with wide eyes and nails painted black. She had arrived for her first Olympic Games days after turning 16.

In the semifinals of the 200-meter freestyle, she set a national record of 1:58.02. In the final, she paid for her inexperience. From the outside lane, Romania’s Camelia Potec touched first, and Pellegrini closed second in 1:58.22.

Thirty-two years had passed since the last Olympic medal in swimming for an Italian woman, Novella Calligaris in 1972.

And this was still just a taste of what the Lioness of Verona would ultimately mean to the sport in her country.

She arrived in Beijing in 2008 with the coach who had been accompanying her for two years, Alberto Castagnetti, her mentor, guide, and light in the night sky.

After placing only fifth in the 400 meters, she reached the final of the 200 meters. She had snatched the world record from the French swimmer Laure Manaudou, her archrival, in the heats.

Four years pass, and life puts in front of Federica’s path what is still one of the most painful pages of her history.

Two months after triumphing at the 2009 World Championships in Rome, with two gold medals and two world records in the 200 and 400 freestyles, Federica lost Alberto Castagnetti. He died after heart surgery.

In 2010, she began training with the Frenchman Philippe Lucas, who brought her to the 2011 World Championships to win the double gold in the 200 and 400 freestyles.

In 2012, the hopes for medals at the London Olympics were all on her. But that edition of the games will be remembered for the absence of swimming medals for Italy.

After London, Federica decided to take a “sabbatical season.” But time did not stop, even for Federica, and four years on came the Olympic Games in Brazil.

In Rio came the defeat that burns the most. In the final of the 200 freestyle, she finished fourth and said, “It’s enough.” The defeat makes her think about retiring.

But the first resignation is rarely the final one. One year later, at the 2017 World Championships in Budapest, she returned as the undisputed queen of the 200 freestyle, winning another world championship. That was her first Worlds title in six years, but it would not be her last.

It closed a circle — back to the gold, back to winning. In Budapest, Federica wanted to say goodbye to everyone and find her way out of the pool.

Another four years have passed. Federica is back and wants to close her career at an Olympics.

She still keeps the ring that her mother, Cinzia, gave her before her first Olympic Games and that she hasn’t raced without since.

Because you can be the greatest Italian champion who has ever existed, but you must always remember who you are: The head and heart that must walk together, even in the Olympic final.

Of all the nicknames we could come up with, we called her “The Divine.” And yet Federica has her feet firmly planted on the ground.

Every time she said that’s enough, she knew it wasn’t goodbye.

She’s changed, and we’ve seen a 15-year-old girl become a woman who at the dawn of her 33rd year will offer the world her latest performance.

Federica Pellegrini is the first and only Italian woman to win an Olympic gold medal in swimming. She was the youngest Italian athlete to win an Olympic medal. She’s the most successful woman in the 200-meter freestyle, for which she has held the world record since 2009. The only athlete to have won eight consecutive medals in the same race in eight different editions of the World Championships in long course.

When she enters a pool she drags behind her a wave of screaming fans. It is thanks to her that the pools are filled with girls who want to be like Pellegrini.

“Fede” in Italian means “faith.” We had Fede, and we had faith in her in every choice.

2021 will be remembered as the year of Federica Pellegrini‘s last race.

We will be able to tell our children and grandchildren that we saw her in the water.

Ladies and gentlemen, make yourselves comfortable, the greatest show in swimming is on: The last show of the Divine Federica Pellegrini.

One of the most charismatic swimmer of all time!