Texas Picks Up Commitment From Cooper Lucas, #2 in Class of 2024 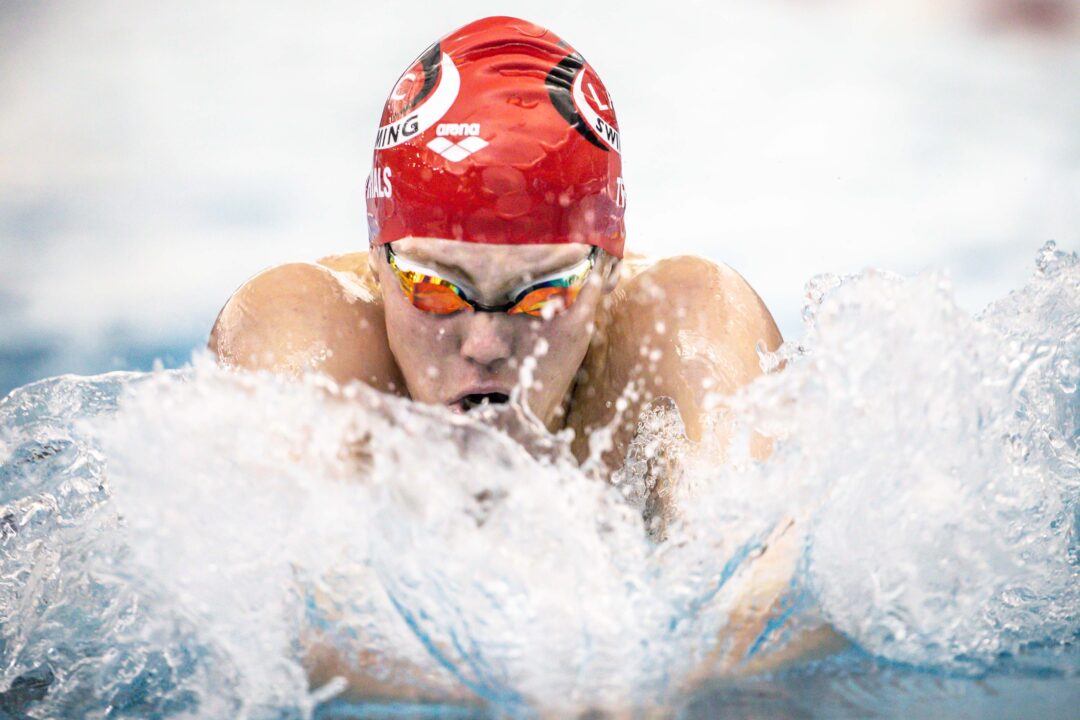 Cooper Lucas, the No. 2 recruit in the high school class of 2024, announced his verbal commitment to the University of Texas on Sunday.

“I’m super excited to announce my verbal commitment to continue my academic and athletic career at the University of Texas!” Lucas wrote on Instagram. “I would like to thank everyone who has helped me along the way! I can’t wait to join the Longhorn tradition! Hook ‘em 🤘”

Lucas is a versatile junior at Keller High School in Texas, where he’s a two-time defending 6A State champion in the 200-yard freestyle. Last season, he won that event by nearly two seconds with a time of 1:35.29 before cruising to another victory in the 500 free by more than three seconds.

Lucas also trains with Lakeside Aquatic Club (LAC) just outside of Dallas. LAC is a Gold Medal Club that was ranked 19th in the nation last year.

Lucas is the top-ranked class of 2024 swimmer to commit so far as No. 1 recruit Daniel Diehl remains uncommitted. Lucas appears to be the Longhorns’ first commitment among the high school class of 2024.

With Texas slated to join the SEC in 2025, Lucas could spend one season competing in the Big 12 unless the Longhorns decide to jump ship sooner. With two years still left to develop as a high schooler, his best times would have already made in the A-final in the 200 butterfly and 400 IM, the B-final in the 500 free, and the C-final in the 200 free at last season’s SEC Championships.

SwimSwam’s Jared Anderson projected that Lucas will likely swim the 400 IM and 200 fly as his main collegiate events. The 500 free, 200 IM, and mile could all be options for a third event.

This kid is an absolute beast! Be fascinating to see his development.

I am happy to announce that the “hysteria” and doomsday predictions about UT/Austin in last week’s comments are, as I said back then, grossly overdone.

And now, read these comments and get the fuller picture.

Cal? Great team for sure, but UT/Austin will handle them nicely this year at NCAA’s
.
PS: UT diving has done some amazing work the past two weeks!

this is sooooo MATT

First off, congratulations to this kid, i hope Texas works out for academics and swimming. Being in state, UTexas is already affordable, so I be doubt a scholarship had much to do with it.

Where do people think Diehl will go? I believe he narrowed it to Cal, NcSt, and Louisville. (I hope he takes his time, he can obviously go anywhere, he’s the best raw recruit I’ve seen.)

It seems, from an interview he gave, that starting somewhat close to home (Maryland) was appealing. And he’s gotten where he is without needing the bright lights of a big program to fuel his motivation.

For some reason, I think he’s got Texas over Cal. He seems to be very chummy with those guys

Odd they are signing guys when so many leaving

They probably freed up some scholarship money. Texas is always going to have recruiting pull.

How does the scholarship count work with in state vs out of state students?

I’m wondering if Texas even has to give much scholarship money to in state guys. Unless it’s changed, UT used to be one of the best bargains for in state ppl.

My conf couldn’t give athletic scholarships, so I’ve never thought about how the total money avail is calculated

The program is & always will be an icon. Texas men’s swimming will always enjoy immense credibility.

A more appropriate handle has yet to be created.