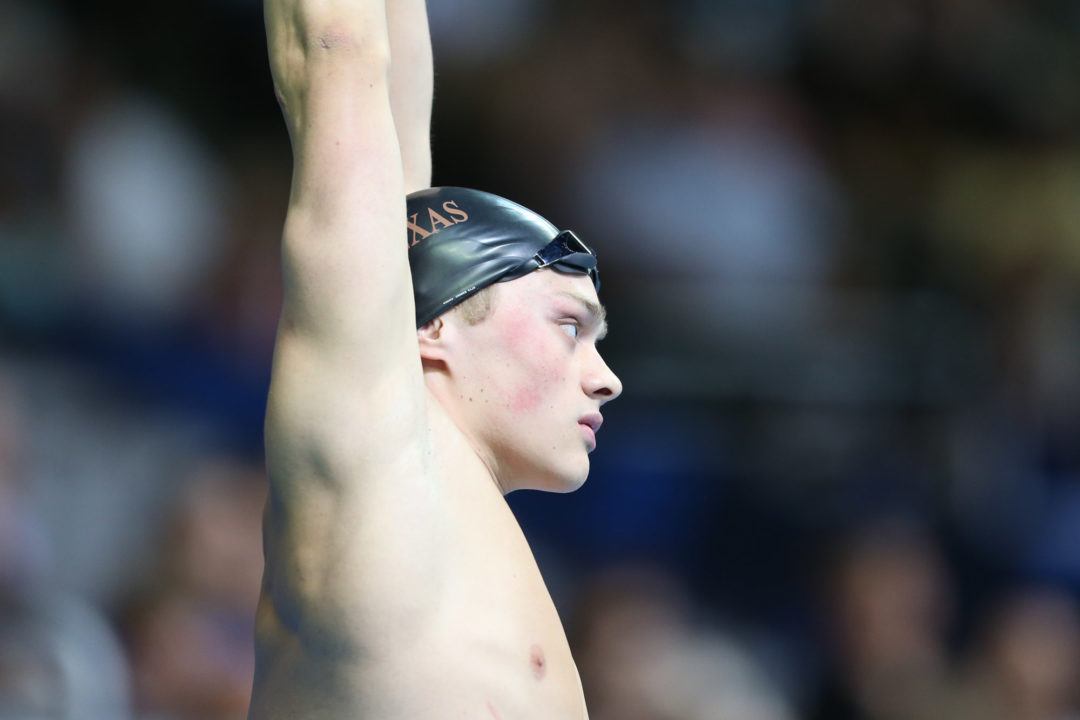 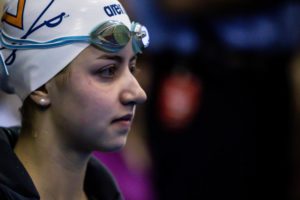 In our Big 12 meet preview, we pointed out that there’s not much thrill or suspense at the Big 12 Championship meet, with Texas all-but-assured of both team titles, and most of their swimmers already having secured qualification for the NCAA Championships. We did, however, leave room for a few key swims that could impact the national outlook, and one of those happened on Friday in prelims.

Texas junior John Shebat swam a 45.92 in the men’s 100 back, which ties him for 11th in the country (without Big Ten men’s, ACC men’s, or Pac-12 men’s championship meets, or last-chance meets, factored in). With around 29 swimmers usually being invited per event, that should be enough to earn an invite to the NCAA Championships. Last year, it only took 46.28 for an invite.

Shebat’s previous best ranking was tied-for-21st (without the same meets being factored in) in the 200 back with a 1:41.52 from the Longhorns’ mid-season invite. That rank was much more precarious than is his new 100 back.

Shebat led-off the Longhorns’ national-record setting 200 and 400 medley relays at NCAAs last year, and also placed 2nd last year in the 100 back (44.35) and 200 back (1:37.24) behind only the now-graduated Ryan Murphy of Cal. He hasn’t raced in a meet since January 8th while dealing with an injury, though Texas did say they expected him to swim in the post-season all along.

Not worried about Shebat at NCAA’s – Eddie Reese has shown before that they peak for the NCAA meet and almost always gets the best from his swimmers at that meet. I bet Shebat is low 44 or better at the NCAA meet.

the issue is whether he is fully back from the injury, not Eddie’s ability to get the most out of him…

Some people are just freaks that somehow go best times after being injured for a lot of a season. At least in shorter distances. Can’t really explain it, and I don’t have data to back it up, but I have seen it been done

I’ve seen it before as well… but that is the *Exception*.

I hope he performs well, but I just don’t think we can expect him to be where he was last year.

Not in the 2back. But leading off the 2Med and 4med and his 100 back individual could be just fine.

Just because you aren’t swimming meets doesn’t mean you’re not training. I’m guessing Shebat and Manuel were both in the water doing different types of training throughout their dual meet absences.

Eddie’s really going to have to work his magic this year if the team is going to defend its title. There are several teams out there that have looked much stronger than UT this year.

That’s how good they are.