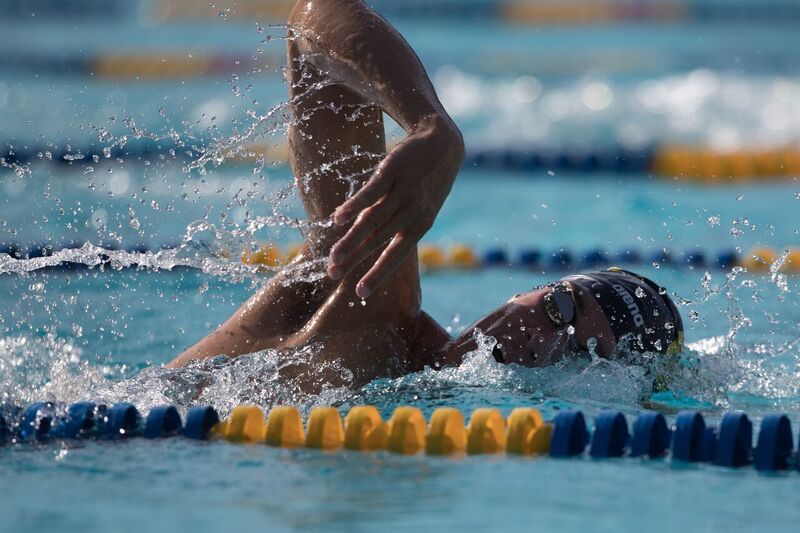 “(Assistant coach) Jason (Calanog) and I have been targeting this group of 2018 seniors for a long time, and we believe this group has great chance to come in and make a significant impact on our team. As a group, they are extremely talented, competitive and committed and we think they have a chance to build a legacy at Texas A&M. We are really happy with all eight of them. This is a group that we think we can build with, and we’re excited to get them into the program. ”

Holmes said, “We have seen him swim many times over the last year and a half, and every time we see him we have no doubt that he’s the guy we want. He comes from a swimming family – both his brother and sister have competed at the collegiate level. We need help in freestyle and that’s what he does, and he will be a very good butterflier in college. He’s the real deal.”

Holmes said, “Coco Bratanov has some real good length to him and the times that he has right now are good, but we’re really excited about what they’re going to be in a year or two. He’s going to be a real player for us. We see him in the 50 and 100 free and he’s going to be all over it.”

Holmes said, “There have not been a whole lot of collegiate swimmers coming out of McAllen, Texas, but we knew Shaine was different from the first time we saw him. Jason (Calanog) saw him first and sent me a picture of some kid standing on the pool deck. Jason was up in the stands and shot the picture and said ‘I don’t know who this is, but we want him.’ It was Shaine Casas and he’s been on our priority list from the word go. He can pretty much do everything and we’re going to give him a lot of opportunities to do a lot of things for us.”

Holmes said, “He was the first guy to take a stand and say, ‘Yeah, I’m coming to Texas A&M.’ He comes from an Aggie family. He’s been on our campus many times. His dad was in school here at the same time that I was. He’s a backstroker and he’s also going to help us in freestyle.”

Holmes said, “We weren’t really looking for any breaststrokers because we’re already so deep there, but after seeing all of Jacob’s summer swims we decided that if we’re going to take one that it needed to be Jacob. We see a lot of potential. He has so many of the attributes that we’re looking for in a breaststroker. He’s got great size, he does well academically and he’s a chance to come in help us.”

Holmes said, “We were looking for some freestylers and he does the 100 and 200 free and he’ll do the 500 for us. It’s an area we definitely need some help and he’ll be able to come in and help us immediately in the 800 free relay. We look forward to him getting here because we can use his help as soon as he can.”

Holmes said, “Peter is from right here in College Station and obviously we’ve seen him swim a lot. He’s a backstroker and he’ll be able to do some fly for us as well. The thing that we have noticed about Peter is that he is very good underwater and, in short course yards, that’s what we do. We know that he’s going to get a whole lot better.”

Looks like A&M is building toward a national championship! Great class coming in next year. Wishing them all success in the pool & classroom in Aggieland. Gig em forever!!!