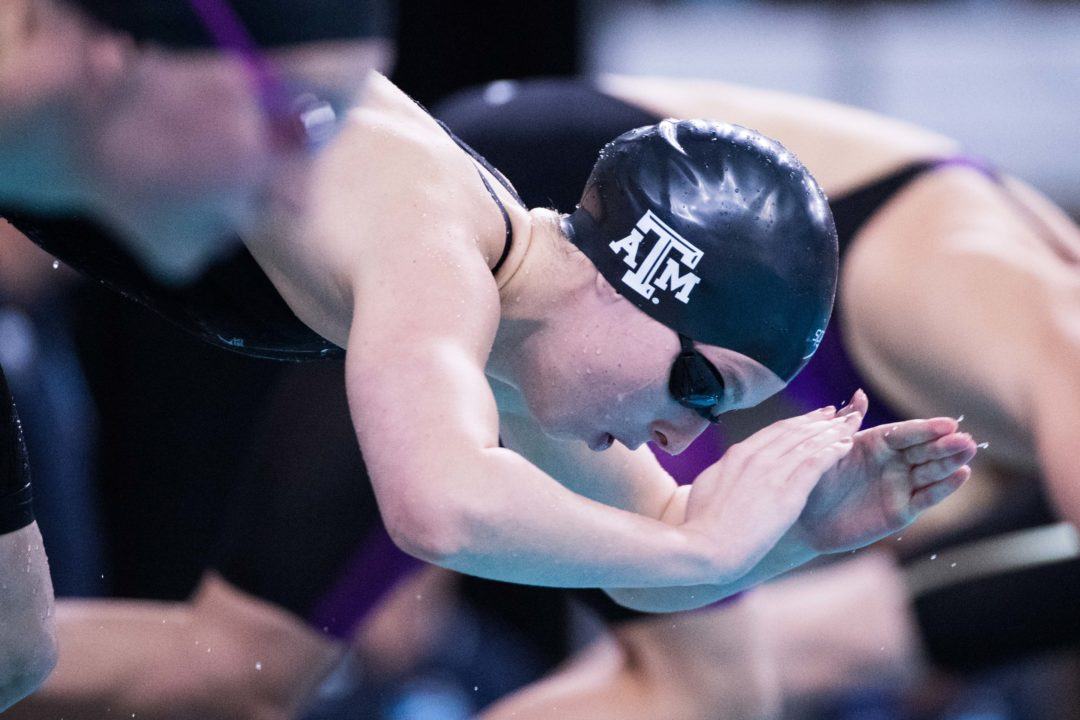 The Texas A&M women have released their schedule for the 2018-2019 NCAA season, highlighted by road battles against top-10 programs Louisville and Texas. Archive photo via Mike Lewis/Ola Vista Photography

The Texas A&M Aggies have released their schedule for the 2018-2019 NCAA season, highlighted by road battles against top-10 programs Louisville and Texas.

On the women’s side, all three of those programs finished inside the top 6 at NCAAs last season. On the men’s side, Texas won a national title while Louisville was 9th and A&M 14th.

The Aggies once again list the CSCAA Collegiate Open Water Championship as their season-opener, though the vast majority of the team won’t compete until the October 12-13 two-day triangular with Louisville and Ohio State. Ohio State will host the tri meet in Columbus. It should be a very good early test for the Aggie women, who were 3rd at NCAAs last season but graduated a lot of key contributors.

A&M will battle Alabama a week later on the road, then stay on the road against in-state rivals Texas on November 2nd. That’s a very road-heavy fall slate, though things come back to College Station for most of the remainder of the season. The Aggies will host the Art Adamson Invite, typically one of the better mid-season invites of the college season, with a slew of home duals to round out the season. The Aggie women host Rice & TCU, SMU, LSU, Vanderbilt and Houston, while the men host TCU and LSU but travel to SMU, Incarnate Word and the Orange Bowl Classic over winter break.

You can see the full schedules below: