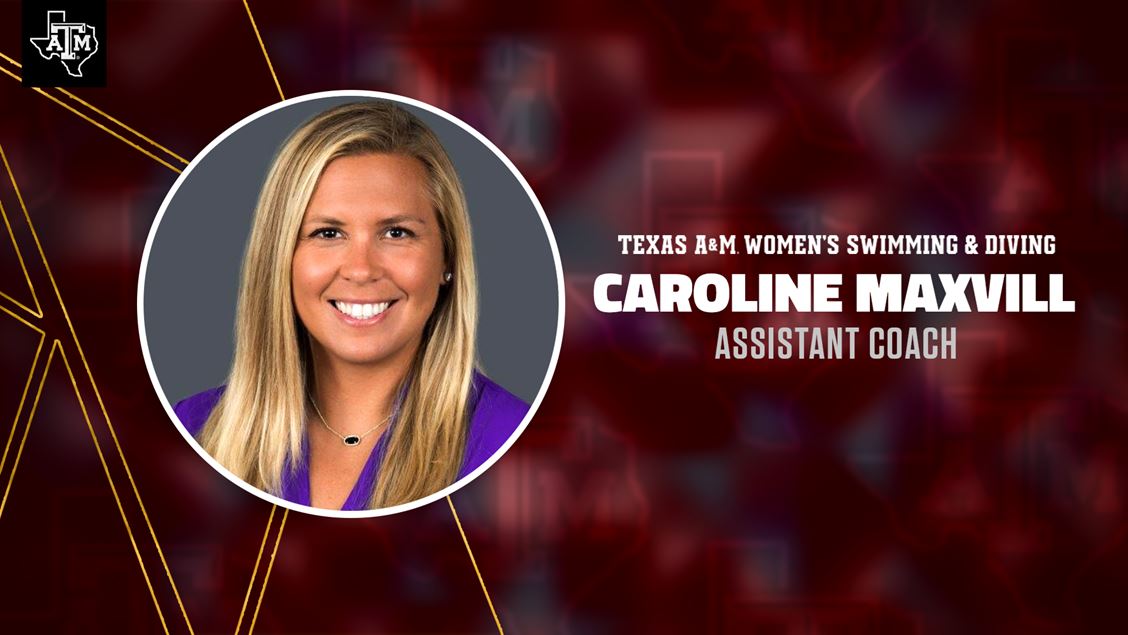 Caroline Maxvill will join the coaching staff at Texas A&M University, where she was a member of the varsity team a decade ago. Current photo via Texas A&M Athletics

Caroline Maxvill is coming home to Texas A&M University, her alma mater, after the Aggies announced her as a new women’s swimming assistant on Monday. She takes over the post from Tanica Jamison who left in May to become the head coach at the University of Houston.

“It’s exciting to bring Caroline back to Texas A&M as our assistant coach,” A&M women’s head coach Steve Bultman said. “You knew during her career here as a swimmer that she was going to be a swim coach. It’s been fun to follow her steps along the way and watch her growth and success. That and her knowledge of the program will make for an easy transition.”

Maxville’s previous NCAA coaching stops come after spending the last 3 seasons at LSU. She wasn’t retained there as part of a new staff under new head coach Rick Bishop.

There, Maxvill worked primarily with the breaststroke and butterfly groups, and especially the 200 yard stroke groups. Among the names of swimmers she primarily worked with include freshman Hannah Bellina, who earlier this year swam 1:57.18 in the 200 fly, ranking her 3rd in school history.

Prior to LSU, Maxvill spent 3 seasons as an assistant at the University of Miami and also worked as a graduate assistant at TCU. She also had non-collegiate stops with Metroplex Aquatics in Dallas, and as a a teacher and coach with Athens High and SwimAthens in Athens, Texas.

As a swimmer at Texas A&M, Maxvill was a member of two Big 12 Championship winning teams in 2008 and 2010 before the Aggies moved to the SEC. She earned CSCAA Scholar All-America honors in 2010 and swam her last meet in March of 2011.

Maxvill was primarily a breaststroker and IMer for the Aggies.

She joins an A&M team that is in rebuilding mode. The Aggies finished 6th at both the 2020 and 2021 SEC Championships after winning 4 consecutive conference titles. With new coaches at both South Carolina (Jeff Poppel) and LSU (Rick Bishop), both of whom have had previous success with women’s programs, there will be upward pressure from the back-end of the SEC Conference in coming seasons.

The A&M women have one big centerpiece to build around, though, and that’s Chloe Stepanek, who led the team in scoring last year as a freshman with 60.5 points at the SEC Championships.

The Aggies don’t have any freshmen coming in next season who were ranked among SwimSwam’s top recruits in the country, though head coach Steve Bultman has a knack for taking underheralded recruits and turning them into All-Americans, so that isn’t necessarily the whole story for the Aggies moving forward.