Tennessee Picks Up “Best of the Rest” Breaststroker Hannah Marinovich (2024) 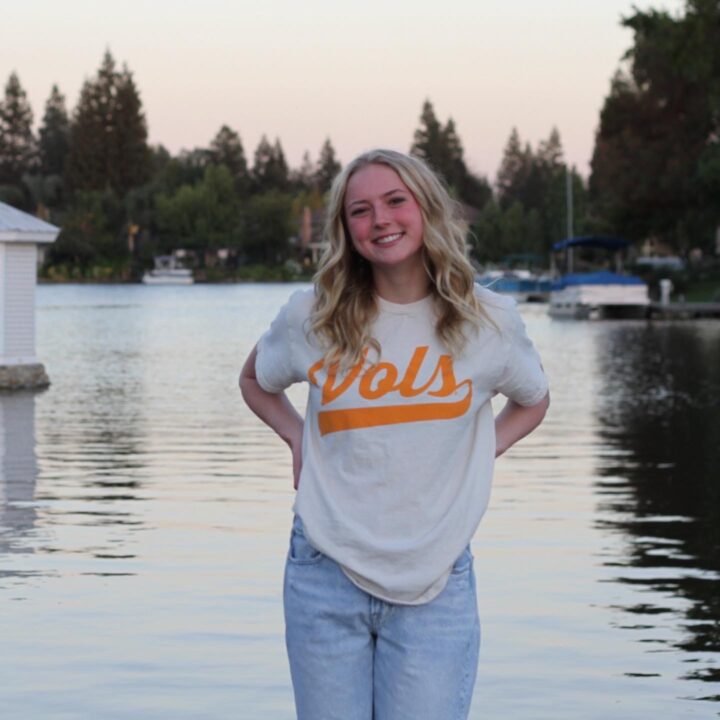 Hannah Marinovich has announced her verbal commitment to the University of Tennessee, beginning in the fall of 2024.

Marinovich is currently a junior at Clovis West High School, and trains year-round with Clovis Swim Club in Fresno, California.

“I am so overjoyed to announce my verbal commitment to continue my academic and athletic careers at the University of Tennessee! I am so thankful for my family, coaches, and friends for the endless amounts of support! GO VOLS #ladyvol”

Marinovich was featured in the “Best of the Rest” breaststroke category on SwimSwam’s “Way Too Early Recruit Ranks” for the class of 2024. She is a pure breaststroker and, at age 14, was one of the youngest athletes competing at Wave II of the 2020 Olympic Trials. She qualified at age 13 in the 200m breaststroke with a time of 2:29.15, which also is the fastest-ever time done by an American 13-year old in the event.

Although Marinovich has struggled to hit her 200m breaststroke time from 2020, her 100 breaststroke in both short course and long course has improved this past year. This summer, she competed at Speedo Summer Junior Nationals where she placed 11th overall in the 100m breaststroke (1:10.14). Her time broke her previous best set in 2020 by over a second. She also time trialed the 50m breaststroke at that meet, where she went another best time of 32.44.

Marinovich joins sprinters Josie Connelly and Jillian Crooks, IMer Emily Brown, and freestyler Ella Jansen. Brown was featured as the #19-ranked recruit on SwimSwam’s “Way Too Early Recruit Ranks” for the highschool class of 2024, while Connelly was also featured in the “Best of the Rest” section. Crooks and Jansen are both international athletes, as Jansen is a member of the Canadian National Junior Team, while Crooks represented the Cayman Islands at the 2020 Olympics.