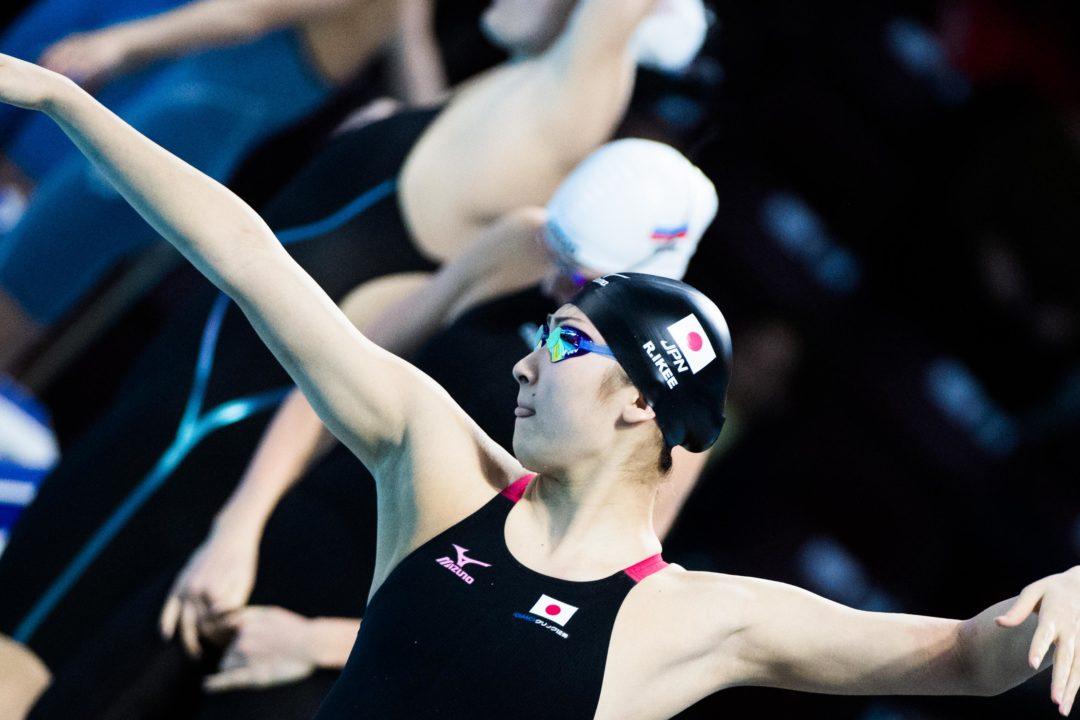 Another swim, another Japanese National Record for teen phenom Rikako Ikee. While competing at the 2017 Konami Open at Tatsumi International Swimming Center in Tokyo today, the 16-year-old lowered her own personal best 50m freestyle time by .19 to notch not only a new national mark, but also an even lower World Junior Record.

Headed into today’s meet, Ikee’s previous record stood at the 24.67 she nabbed at the 2016 Japanese National Sports Festival at the Morioka Municipal Pool. That performance itself had lowered the teen’s own Japanese National Record, which previously stood at 24.74 from the 2016 version of the Konami Open. Today in Tokyo, however, Ikee scored a new record-setting time of 24.48 to re-write the history books once again. At just 16 years of age, Ikee holds her nation’s national LCM records across the 50m/100m/200m freestyle and 50m/100m butterfly events.

Also today’s final session, Ikee notched a new competition record in the women’s 100m butterfly, checking in with a swift 57.55. That comfortably overtook her own meet record from last year of 58.86 and also sits as the teen’s 2nd fastest outing this season. Her 57.46 100m butterfly from the 10th Asian Swimming Championships last November still rests as the 2nd fastest time in the world this season.

For the men, Daiya Seto stood out from the competition in one of his signature events, the men’s 400m IM. Dominating the race, as per his usual, Seto came away with the gold in a mark of 4:11.37. That’s just off his own season-best of 4:10.17 from last November, a time which still ranks as #1 in the world.

Newly-minted 200m breaststroke world record holder Ippei Watanabe was slated to make an appearance at the meet, however, he was absent from that particular event here in Tokyo. In his absence, Yasuhiro Koseki took advantage of the opportunity, racing his way to gold in 2:11.14.

She will dominate at Tokyo

I’m not so sure about that. She is a supreme talent, but I think we have a generation of supreme 50/100/200 freestyles coming through. Oleksiak & Ikee are identical in their ‘events’, and incidentally identical to Sjöström. Cate, Bronte & Simone are still young. Steenbergen had a plateau in 2016 but again is very similar in that she is strong across 50/100/200. My wildcard is Freya Anderson, strong 50-400, beat Rebecca Smith over 100m in Ontario in December and is the youngest of the lot (2001). I suspect ultimately she’ll become a 200 specialist though.

Ikee, along with Oleksiak, is certainly in prime position.

If I had to bet, I would put my money in Oleksiak.She is very tall and has a lot of muscle to fill her slim body(I saw her at Olympics 3feet from me several times).Save injuries/out of pool problems, Penny will be a 51seconds swimmer in the next two years.

Is it just me, or does it feel like Ikee has been 16 years old for the last three years? That is a sign of a pretty great year.