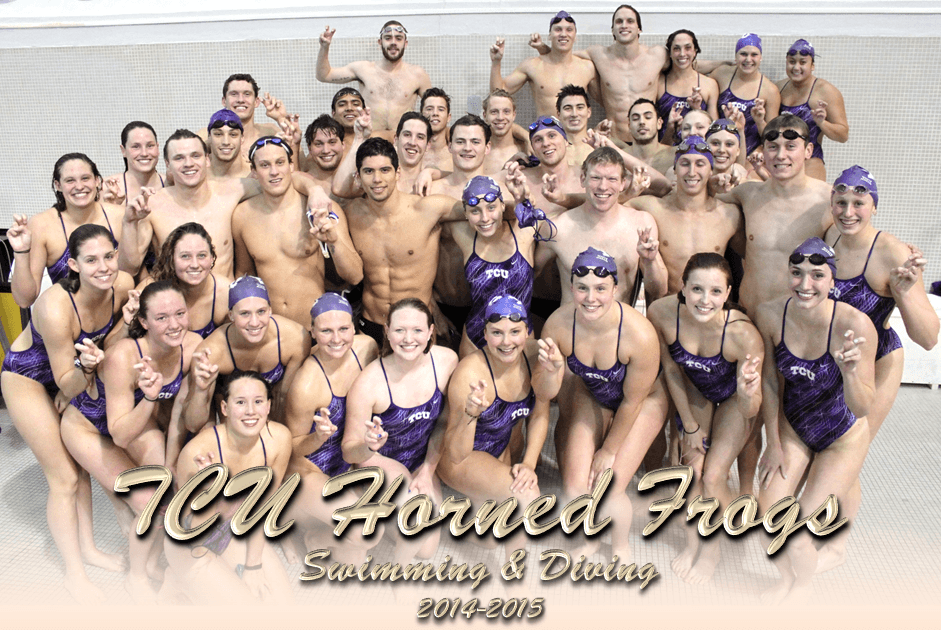 The individuals honored include Connor Dobbs, Devin Newton, Julia-Grace Sanders and Matt Spallas. Both the men’s and women’s teams were also honored in the fall semester.

It is the 43rd consecutive semester the women’s team has earned the achievement.

Dobbs had a strong start to his TCU career by recording nine top three finishes last season, including a victory in the first meet of the season in the 500 free at 4:48.13. At the Big 12 Championships, he posted a third-place time in the 1650 free behind a seasonal-best and NCAA “B” cut time of 15:25.13. That mark put him at No. 2 all-time at TCU in the event and earned him First Team All-Big 12 honors.

Sanders’ sophomore season included 10 race wins, two NCAA “B” cut times and a school record. She tallied multiple wins in four dual meets against Tulane, North Dakota/Kansas, Iowa State and UNT. At the Big 12 Championships, she posted a pair of “B” standards in the 50 free prelims (22.85) and final (22.87), placing fifth overall. She was also a member of the school record setting 200 medley relay team at 1:41.72. Sanders sits in second all-time at TCU in both the 50 and 100 free events, as well as fourth in the 100 back.

Spallas’ first year as a Horned Frog produced 10 top-three finishes, including a victory in the 100 fly against North Dakota at 51.50. At the Big 12 Championships, he posted his first NCAA “B” cut of his career in the 200 fly en route to a fourth-place mark at 1:47.73. The time earned him Second Team All-Big 12 honors and put him at No. 3 all-time at TCU in the event.

To be selected as a CSCAA Scholar All-America Honorable Mention, swimmers and divers must have achieved a GPA of 3.50 and achieved a “B” time standard or competed at their respective qualifying meets.