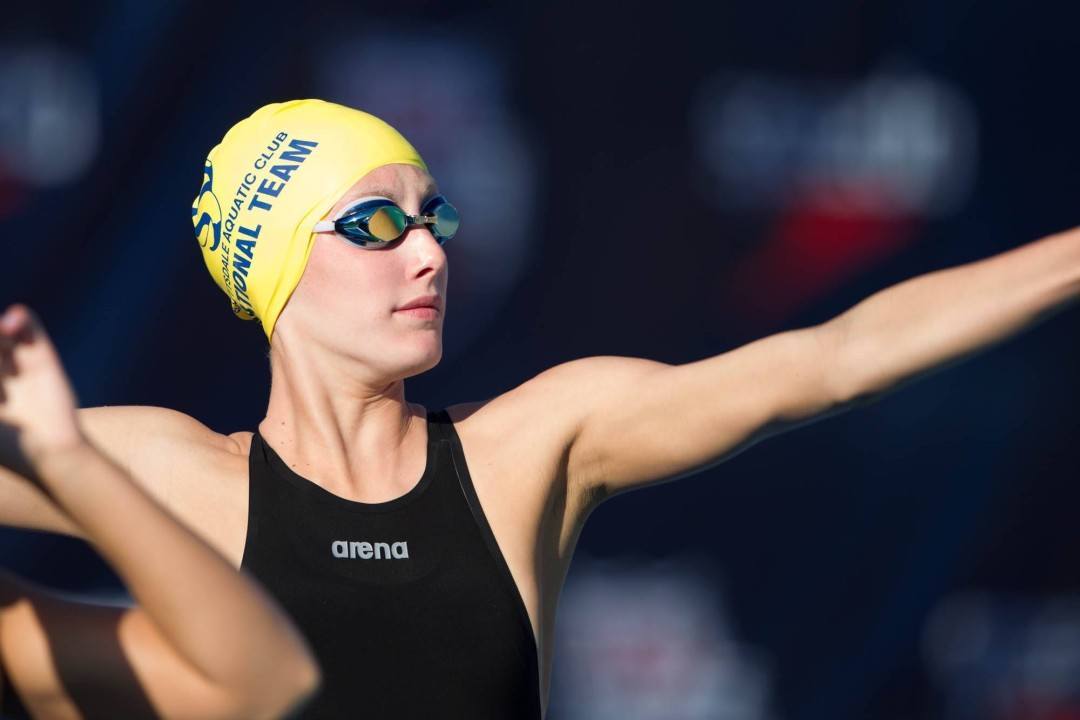 Canada's Taylor Ruck, who trains in Arizona, clocked a 53.95 to clear the old record of 54.47 done by Siobhan Haughey in 2013. Archive photo via Tim Binning/TheSwimPictures.com

Ruck, who trains with Scottsdale Aquatic Club in Arizona, clocked a 53.95 to clear the old record of 54.47 done by Hong Kong’s Siobhan Haughey in 2013. That’s a best time for her, as she came in to the morning with a 55.51 seed time from the 2015 Candian World Championship Trials this past April. Her 2nd 50 was over a second faster at this meet.

In addition to the meet record, Ruck also comes out of prelims with a new Canadian Age Group Record. The previous record for 15-17 women of 54.68 was done by Heather MacLean in 2009.

Her time is just about a tenth off of Chinese sprinter Shen Duo’s Junior World Record of 53.84 from the 2014 Youth Olympic Games in Nanjing.

That swim also tied her for 19th in the world this year with team USA’s Margo Geer, who recorded the exact same time in July at the 2015 L.A. Invitational. She’s now the 3rd fastest Canadian this season behind Chantal Van Landeghem (53.83) and Sandrine Mainville (53.85).

With 2 more chances to swim this event in semis and finals, Ruck could very well drop time to become the fastest Canadian in the world this year at just 15 years old. She’s also within striking distance of the world’s top 10, which now sits at a 53.81.