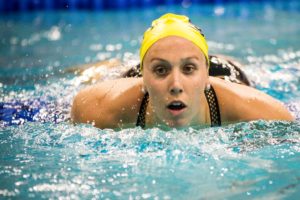 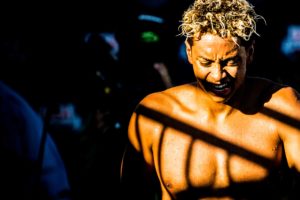 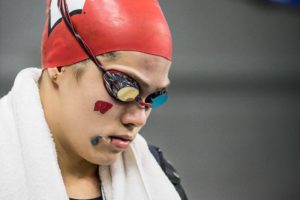 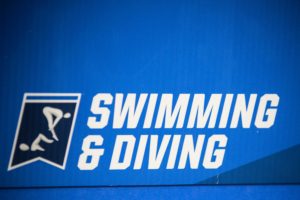 The defending NCAA champion Texas Longhorns wasted no time in proving they’re still the cream of the NCAA crop, posting a plethora of insane early-season times at the Orange-White Intrasquad Meet.

Ryan Harty was almost hooking his horns already in this photo from the 2013 World Championship Trials. Below, he completed the motion with a commitment to the University of Texas.

What to Watch For on Day 3 at U.S. Nationals: Phelps Races Again, Whitaker a 400 IM Scratch

Michael Phelps will be back in the water, swimming his new specialty the 100 fly, on Friday at the 2014 U.S. National Championships in Irvine, California.

US Junior National Team member, Andrew Seliskar (pictured above), is the number one recruit from the high school class of 2015.

Adam Brown and Cesar Cielo went nose-to-nose in the 100 free from the outside lanes, and Brown came away with the narrowest of victories. (Photo Courtesy: Greg Davis)

Gunnar Bentz is one of a handful of swimmers who is doing junior/senior double duty this year. (Photo: Anne Lepesant)

Lithuania’s Ruta Meilutyte was nowhere near her World Record in the 50 breaststroke, but she did take the top seed. (File Photo: Victor Puig/victorpuig.com)