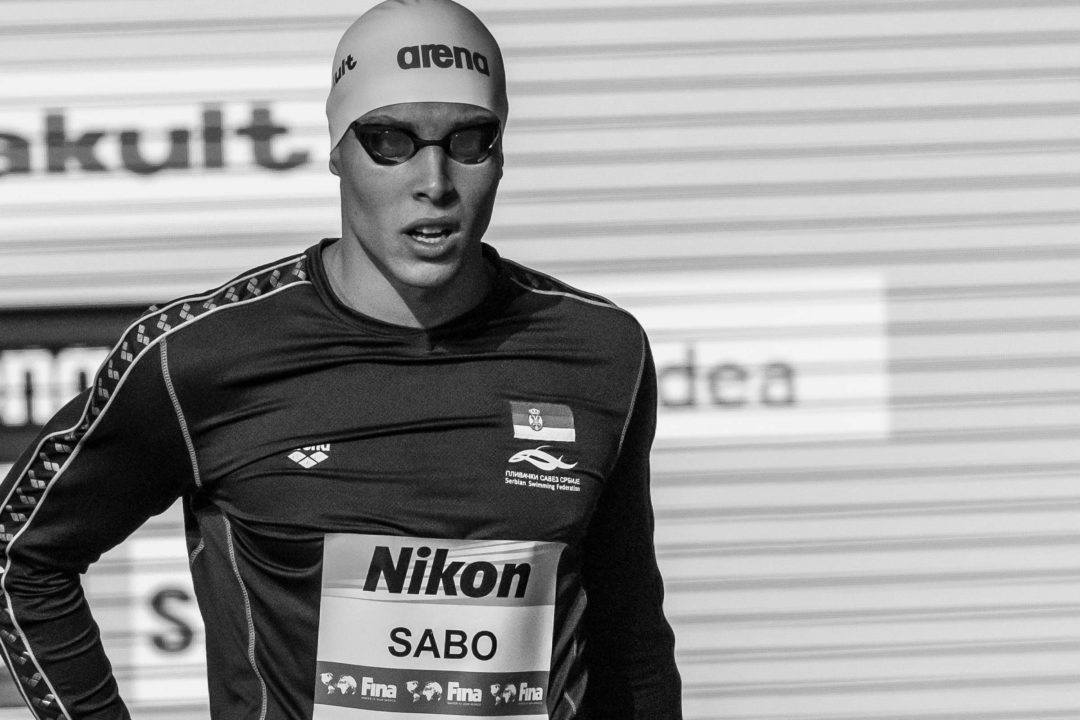 Aqua Centurions swimmer Szebasztian Szabo continued his run of impressive swims during the International Swimming League’s second match in Budapest, blazing his way to a new Hungarian National Record in the men’s 50 butterfly.

Szabo clocked in a time of 22.00, lowering his previous record of 22.13 set at last season’s European Derby match in London.

Szabo won the 50 fly in all three of his ISL appearances last year, competing for Iron, but didn’t have the opportunity to go head-to-head with Dressel in the final as his club didn’t qualify.

In the all-time ranks, Szabo moves up from eighth to fifth-fastest ever, overtaking Dressel, Johannes Dietrich and Florent Manaudou.

Nicholas Santos, the world record holder in the event, placed second to the German-born Hungarian in 22.38.

Previously representing Serbia, Szabo was cleared in June of 2019 to begin competing under the Hungarian flag. He won a bronze medal in the 50 fly at the 2017 European SC Championships for Serbia, and then added two silvers (50 fly, 200 medley relay) at the 2019 edition of the meet for Hungary.

Be interesting to see the Dressel vs Szabo in the last race where they are up against each other (final/semi finals) or if it is before that.

I want a Szabo vs Dressel 50 fly skins

With Dressel’s Mike-Troy-based training, the results of which have been on display not since 2017 (save for the motorcycle accident year), would it even really be close?

I think you have the wrong Troy.