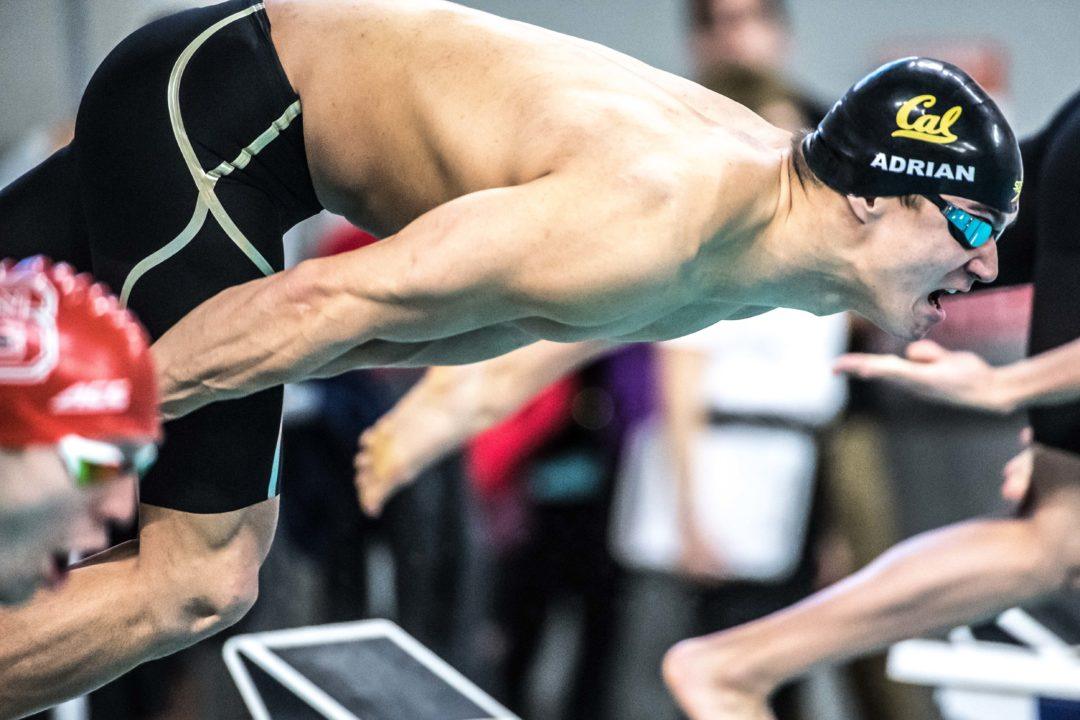 Nearly half of the overall votes went to stroke 50 shooutouts, an overwhelming statement of support. Archive photo via Mike Lewis/Ola Vista Photography

Our most recent poll asked SwimSwam readers which parts of the new Pro Swim Series they like:

Question: Which parts of the retooled Pro Swim Series do you like?

Nearly half of the overall votes went to stroke 50 shooutouts, an overwhelming statement of support. Voters were allowed to vote for as many of the four choices as they wanted, and the final tallies are compiled from the total votes cast, not by total voters.

The mystery 200 IM surprisingly outpaced the SwimSquad battles by a wide margin. The IM event – scratched by many top contenders and not yielding any prize money or points – still managed to fascinate viewers enough to earn just over a quarter of the votes. Meanwhile the SwimSquad Battles (a pseudo-fantasy sports edition with four all-star teams drafted by former U.S. Olympians competing for charity) took only about 16% of the vote.

The mixed medley relay brings up the read, getting just over a tenth of the total votes. The relays, with no points or prize money on the line, struggled to attract enough big-name talents to make a really engaging four-way race.

This is, of course, only an early return on a format that will span until June. We’ll get our next chance to see the SwimSquad Battles in the mix at the Atlanta stop in March, and the stroke shootouts, mystery IMs and mixed relays will return at the tour’s third stop in Mesa in April.

Below, vote in our new A3 Performance Poll, which asks voters to pick the major women’s conference meet they are most excited for: