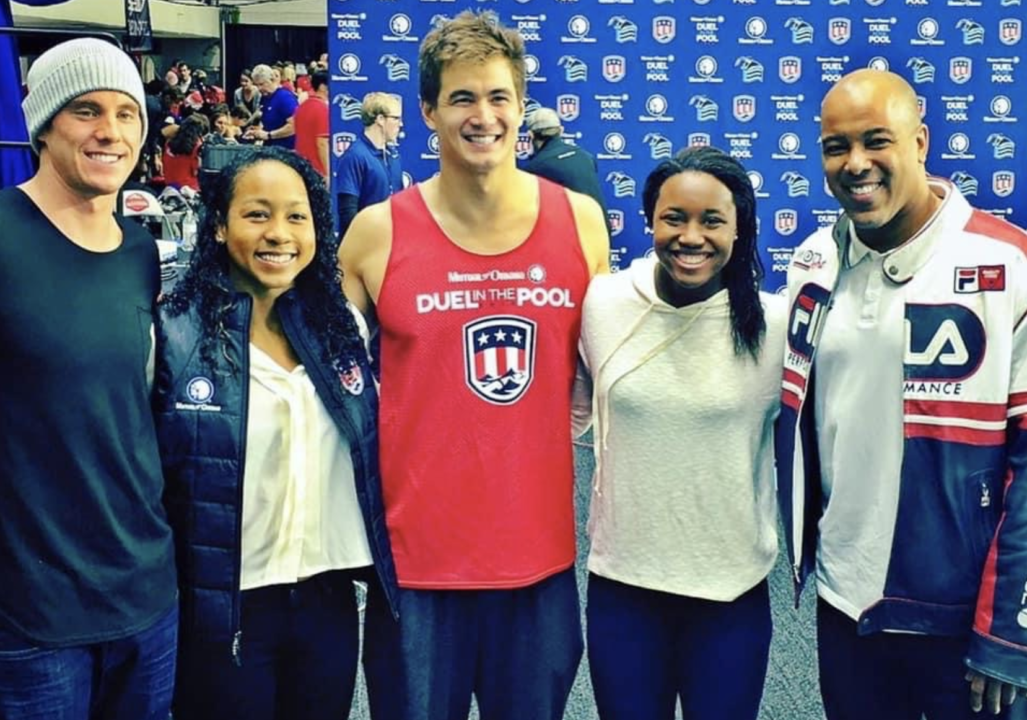 Freeland was a member of the famed PDR Swim Team of Philadelphia coached by Jim Ellis in the 1980s that was immortalized in the Lionsgate film Pride. Current photo via Trevor Freeland

We sat down with Trevor Freeland, the 2nd black man to ever win an ACC championship in swimming. Freeland was a member of the famed PDR Swim Team of Philadelphia coached by Jim Ellis in the 1980s that was immortalized in the Lionsgate film Pride. Freeland spoke candidly on his time at PDR and the adversity he faced being on the first-ever all-black swim team. However, Freeland emphasized that he focused on the positive interactions he had with people, and learned from a young age to brush off micro-aggressions from outsiders.

Freeland went on to swim for the University of Virginia under Mark Bernadino, where he saw success in and out of the pool. Not only did he win a conference championship with UVA, but earned his bachelor’s degree in Systems Engineering. Freeland went on to earn his MBA from Duke and is now the Managing Director of Deutsche Bank.

This was an amazing episode, the questions were great and Trevor, you were an incredible voice to listen to. Thank you for sharing!

Mr Stewart, thanks for having Trevor on your program , not once but twice. your interest about PDR is exciting.nthere is one question you asked of Reese and Trevor and it was how did you feel, were you afraid ? no one was afraid we trained hard and we had confidence in what we were doing. we were there to dispel crazy myths and to create new concepts and thought about people of color swimming and programs coming out of the inner city programs. GOOD JOB

Excellent! Enjoyed this one very much. Did not know he is at Deutsche Bank, that is extremely impressive.

Correct me if I’m wrong but I believe PDR is also the current home base of Destin Lasco, Cal incoming frosh. Excellent club and I am very excited to follow their progress.

Yep, this is correct. I’ve been trying to get out and watch a workout for about 6 months now, but…you know…