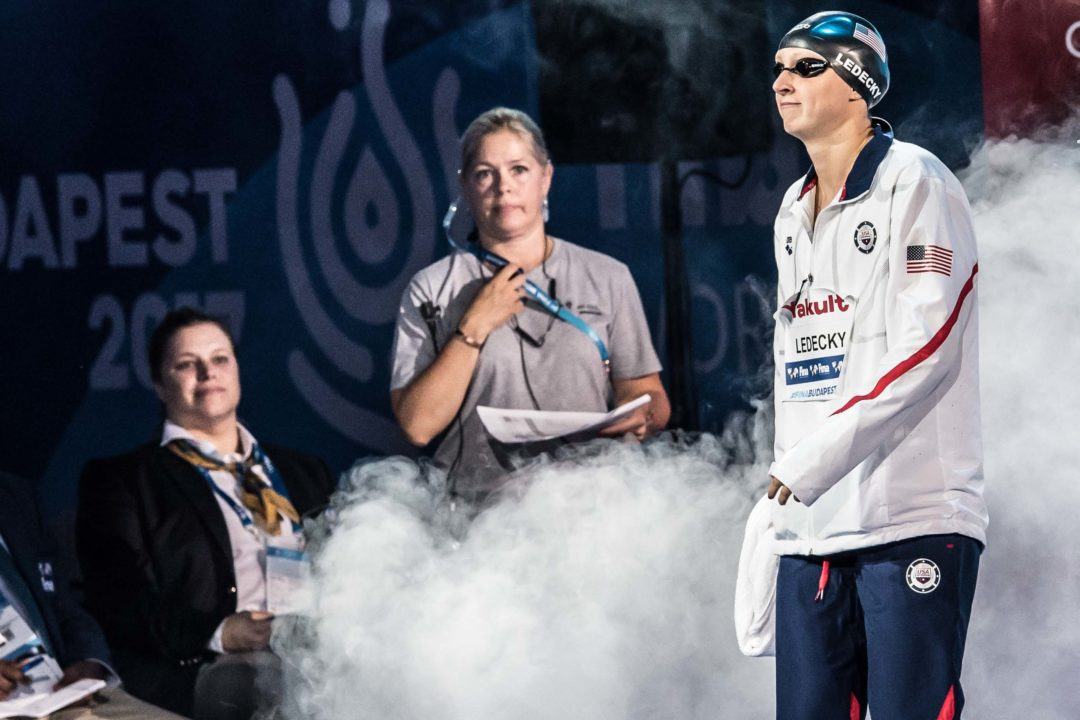 We're back with swimming's top 10 tweets!

We’re back with swimming’s top 10 tweets, where we round up the best content in the swimming Twitterverse. From Ryan Lochte‘s post-practice snack to Adam Peatty’s good will, scroll to see what made the cut!

You do you, Ryan.

You can be sure that USC is taking full advantage of winter training weather in #SoCal.

This there a better way to finish a week of practice than with social kick?

We certainly can’t think of one.

Swimmers: Coach, what did you do during the snow day?

Me: Put the final touches on all the upcoming holiday workouts. pic.twitter.com/0Wu4oFPHYt

We’ve seen this meme floating around for the past few weeks, but Kara Lynn Joyce confirms: it’s #true.

With extreme American arrogance, I believe that Europeans should swim in yards to cater to Americans’ preference

When you think you understand a class but then final exams come around pic.twitter.com/C6jmLY5Hsi

So @adam_peaty Peaty gave his gold medal to a young fan in the crowd tonight in Copenhagen – here he is sporting his empty medal box! #EuroSwim2017 #SPOTY pic.twitter.com/p18IoO2TEH

No need to keep your medals when you’re always #winning.

In the comments, Conor Dwyer suggested: “Setting the class curve like I set World Records.” We couldn’t have said it better ourselves.

Re: Kassidy’s post: Did anyone else notice that the diver, after slipping, then bouncing off her backside, actually appears to have executed a beautiful near-vertical entry! Awesome recovery!