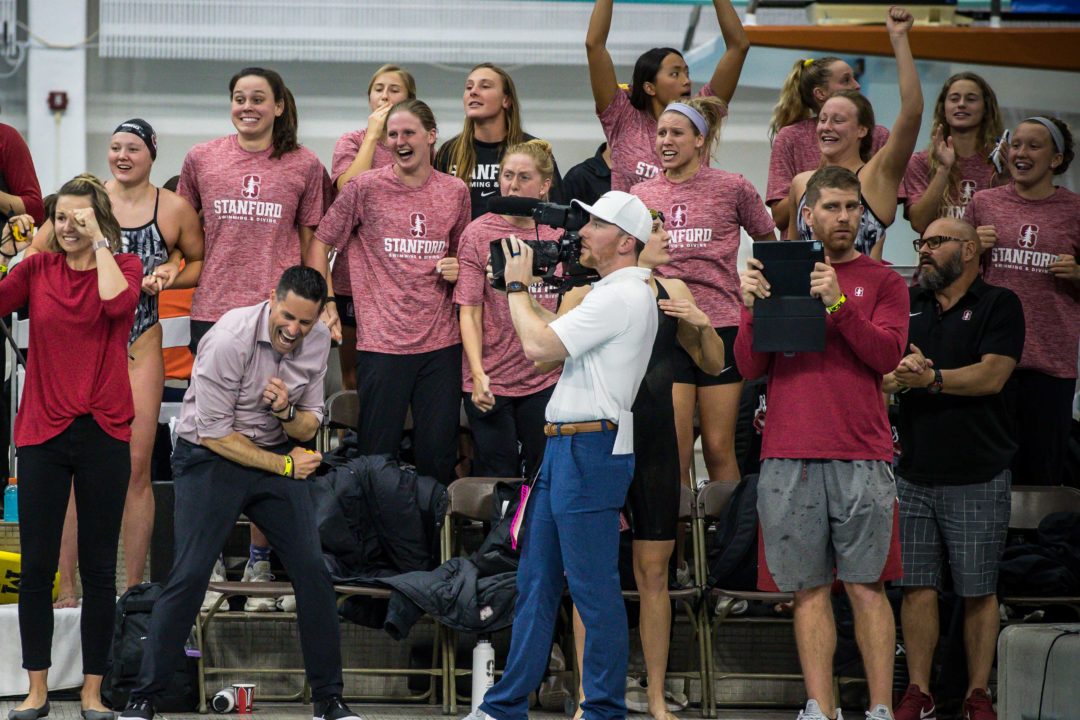 We’re back with swimming’s TopTenTweets presented by Arena, where we round up the best of the swimming Twitterverse. From Dave Salo drills to Lilly King‘s ideal sponsor, scroll to see what made the cut!

A big congrats to @stanfordwswim for bringing home the winning 🏆 from the 2019 NCAA Championships. #ncaaswimdive #gostanford #arenawaterinstinct

A good time to be a Stanford sponsor.

Had my last practice as part of the team today, so I took an extra 50 in lane 6.5 for the ones who came before me. #shoutout

Just had to toot our own horn a bit here.

“Coach Allison @CoachAllisonB had us do crossover turns all the time – and we did lots of IM sets…” Good lesson from @USASwimming best sprint freestyler- @swimone pic.twitter.com/MFGzGAEmNc

Oooh that was *smooth.*

Can confirm that this is *totally* how NCAA swimming interviews work.

Swim meet anxiety dreams are for swim dads too 😂😂😂 pic.twitter.com/m3WPHk8Bz6

One of the more obvious sponsorship opportunities.

When you don’t get to properly celebrate because someone does an extra 50 vs a proper celebration when that same someone wins their first #NCAA title!

Impressive vertical for Greg in the second picture.