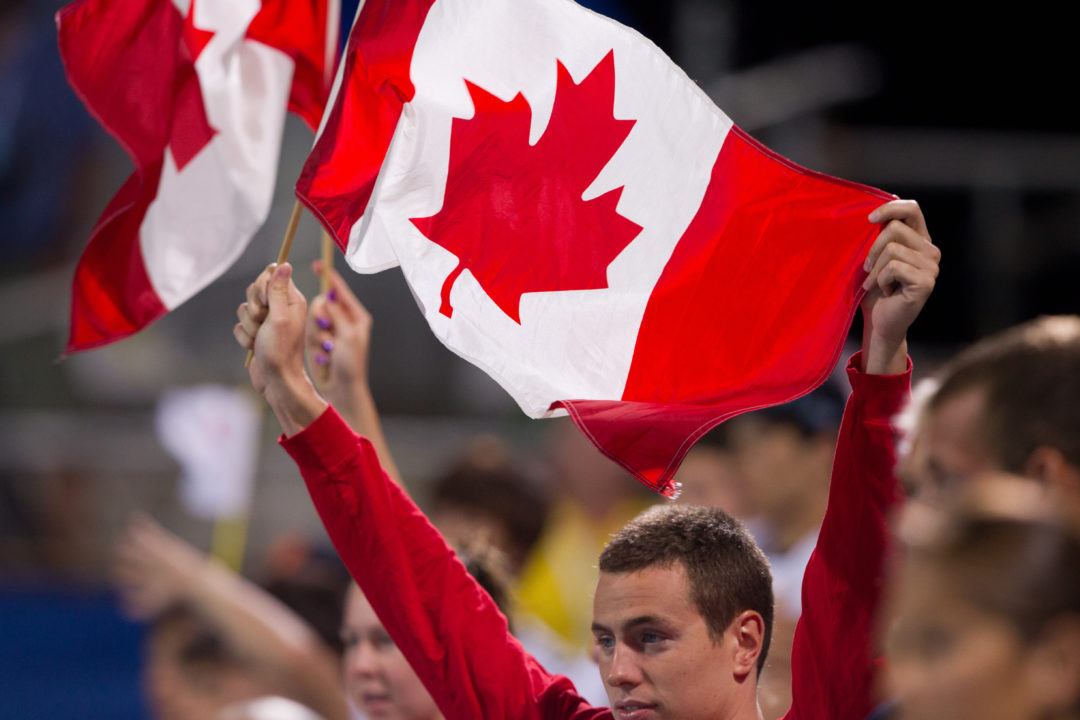 Swimming Canada has swapped 3 of its 8 swimmers scheduled to race at the Youth Olympic Games. Stock photo via Tim Binning/TheSwimPictures.com

Swimming Canada has made 3 changes to their roster for the 2018 Youth Olympic Games that begin on Saturday in Buenos Aires, Argentina.

Specifically, Gabe Mastromatteo, Alexander Pratt, and Maggie MacNeil have been dropped from the roster, while Finlay Knox, Sebastian Somerset, and Madison Broad have been added to the roster.

Swimming Canada said simply that the replaced swimmers were ‘unable to attend.’

The most significant of those names is Maggie MacNeil, who has begun her freshman season at the University of Michigan. MacNeil, who originally qualified for the Pan Pacs roster, also withdrew from that team to swim at the Jr. Pan Pacific Championships instead.