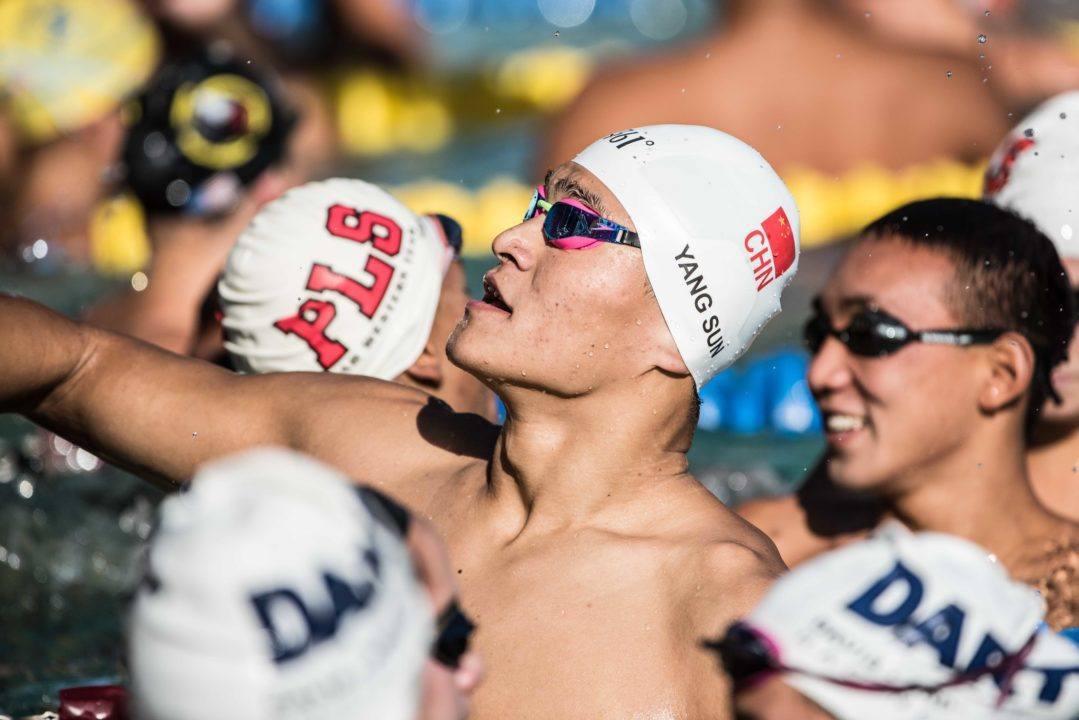 Last Friday, Sun was handed an eight-year ban stemming from the infamous 2018 drug-testing altercation during which a vial of his blood was smashed with a hammer.

In her post, Ming said that the CSA had imposed a fine of RMB5,000 (about $715) and let Sun off with a warning when he tested positive for banned substance trimetazidine in May 2014 at Chinese Nationals. Sun had allegedly been taking trimetazidine for years to treat heart palpitations, and the substance was only added to the WADA banned list in January of 2014.

The positive test was not made public, and meanwhile, Sun went on to win three titles at the Asian Games the following September. In October, according to Swimming World, CSA officials told Sun that they had intentionally manipulated the timing of announcing the positive test so that his results would remain intact.

“If we report this offence in the way we left it, it will not be approved,” CSA officials said, according to Swimming World’s translation. “Now the Asian Games are over, your result will not be affected and the final outcome in this case will not be announced to the public either. We can say that the penalty was for three months sometime between May and October.”

Sun allegedly was against the proposed plan, but his mother approved – notably, Ming was also behind the order to one of Sun’s guards to smash the case containing a vial of his blood in September 2018. FINA announced in November that Sun had been banned for three months, beginning May 17. The governing organization also suspended Sun’s doctor, Dr. Ba Zhen, for one year (his suspension was later extended when he treated Sun at the 2014 Asian Games.

Additionally, Ming alleged that the CSA said it would drop support for Sun in his trial last year if he did not use the lawyers and translators he was assigned, even though Ming and Sun were not satisfied with the picks.

In the wake of last week’s landmark decision, Sun has pledged to appeal the outcome to the Swiss Federal Tribunal, and his lawyer claimed that CAS “listened to all lies” in making its decision.

Vote Up110Vote Down Reply
remel can do anything

Should WADA ban his mom too?

Vote Up50Vote Down Reply
Casas 100 back gold in Tokyo

Which swimmer will let his mom make all these decisions for him, apart from Sun Yang and Michael Andrew?