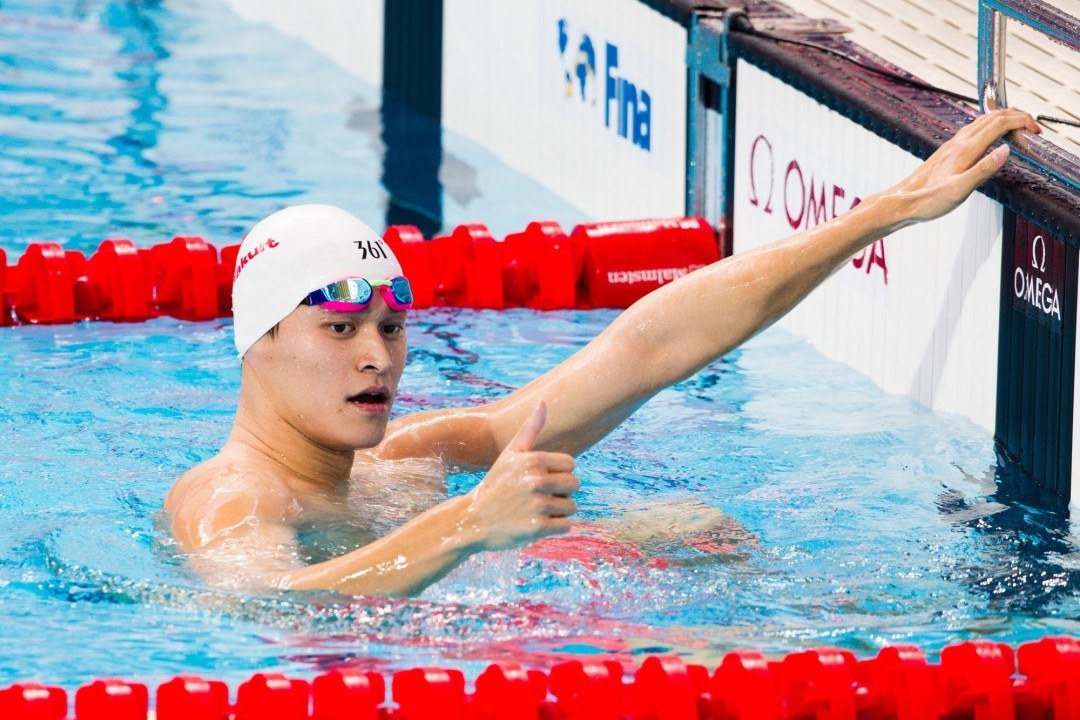 To the confusion of many viewers shortly before the start of the men’s 1500 free, the favorite Sun Yang was nowhere to... Current photo via Tim Binning/TheSwimPictures.com

To the confusion of many viewers shortly before the start of the men’s 1500 free, the favorite Sun Yang was nowhere to be found.

Scheduled to swim in lane 3, Sun had swum a 14:55.11 in prelims for the third position in the final. The Chinese distance stalwart has already won the 400 and 800 free, coming back on 1500 top finals seed Gregorio Paltrinieri (Italy) hard in the 800 free to win it. While Sun just missed out on gold in the 200 free, he was still looking to become a triple gold medalist through the distance freestyle events.

Sun is the world record holder in the 1500 after swimming an insanely fast time of 14:31.02 at the London Olympics in 2012, and he was expected to at least fight with Paltrinieri for most of the race, and probably win it. Instead, only seven swimmers are currently contending for the title as no alternate showed up to take Sun’s place.

A Chinese swimmer no shows a world championship final. I can only think of one thing now.

what is that? you racist

@Swimmer, how about a competitor for a world championship final. This is mighty suspicious…?

Fina needs to test him. He might have screwed up his doping schedule and has no choice to scratch to dodge the test.