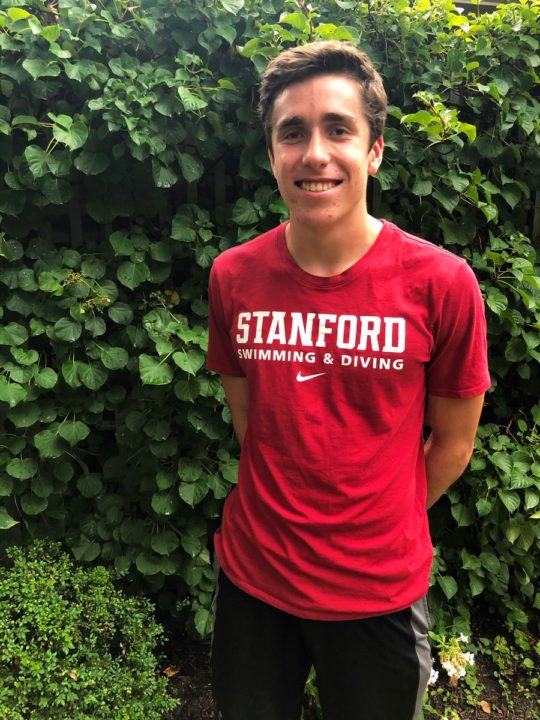 Voss has improved massively in the 200, entering this fall with a best time of 1:42.56. Stock photo via Avery Voss

Bloebaum was also narrowly off two personal bests that are a little bit older. He swam a 49.88 in the 100 back this past weekend, winning the race by about half a second. Bloebaum’s best time in the 100 back is 49.63, which he established back in February of this year. His other race this weekend was the 200 fly, where he swam a 1:47.43. That swim comes in just off his personal best of 1:46.35, which he swam a year ago at the 2019 Winter Juniors – East meet.

Jessey Li, a 16-year-old out of Mason Manta Rays, clocked the winning time in the women’s 100 breast. Li, racing in her 2nd consecutive weekend, clocked a 1:01.34 in the 100 breast to lead the way. The swim comes in just off her lifetime best of 1:00.85, which she established the weekend before.

New Albany Aquatic Club’s Nyah Funderburke swam a personal best in the women’s 100 back, winning the race with a 54.14.