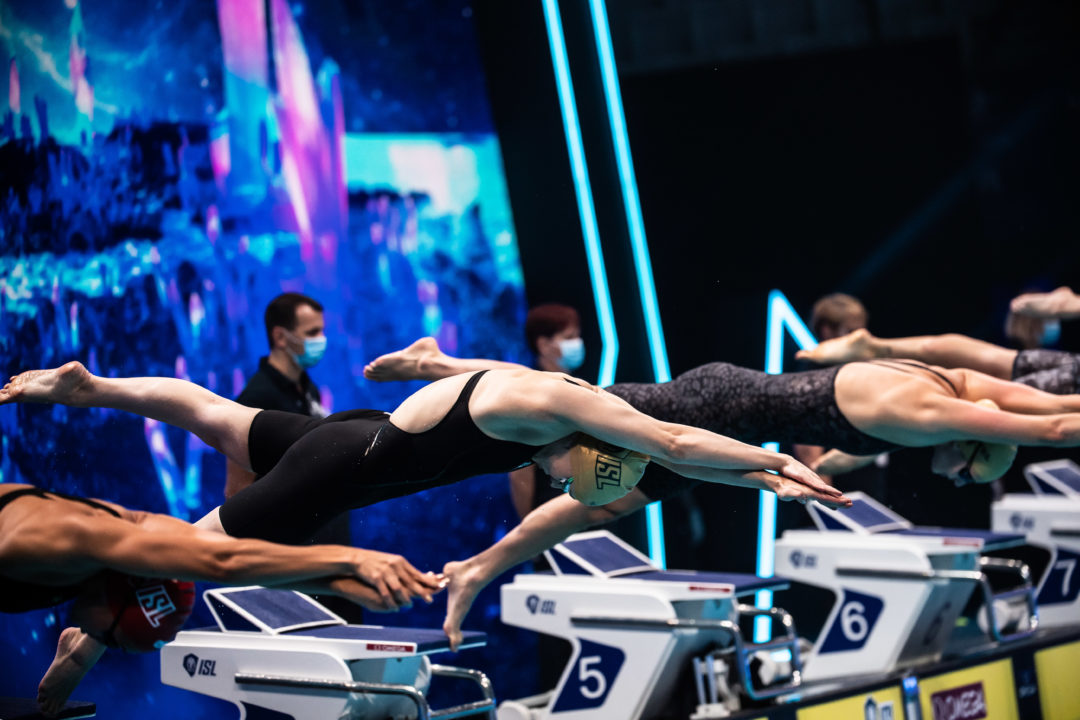 The International Swimming League is hoping to have spectators for its 2021 season, if local coronavirus restrictions in Naples, Italy will allow it. Stock photo via Mike Lewis/Ola Vista Photography

The league confirmed today that it is looking to have spectators at meets in 2021. An ISL representative says current Italian rules would allow 25% of the venue’s capacity, but those restrictions always remain in flux based on COVID-19 numbers across the country and/or world.

The ISL just announced today that it would be holding its 5-week regular season in Naples in 2021. The 3-week playoff phase and the Grand Final do not yet have host cities named.

In 2020, the ISL held its entire season – regular season and post-season – in Budapest, Hungary. Amid the coronavirus pandemic, the league went to a ‘bubble’ format, with swimmers living, training and competing in Hungary for the duration of the season.

The 2019 ISL season had stops across the United States and Europe, with the league final in Las Vegas, Nevada. That 2019 season did have a stop in Naples, where the regular season meet drew crowds of about 1500 people each day.

The International Swimming League will organize the rosters of its ten teams in June. The league has announced its first-ever draft, where each of the ten existing teams will have a chance to retain up to 16 swimmers before following a draft order to select the unretained swimmers and newcomers to the professional swimming league.