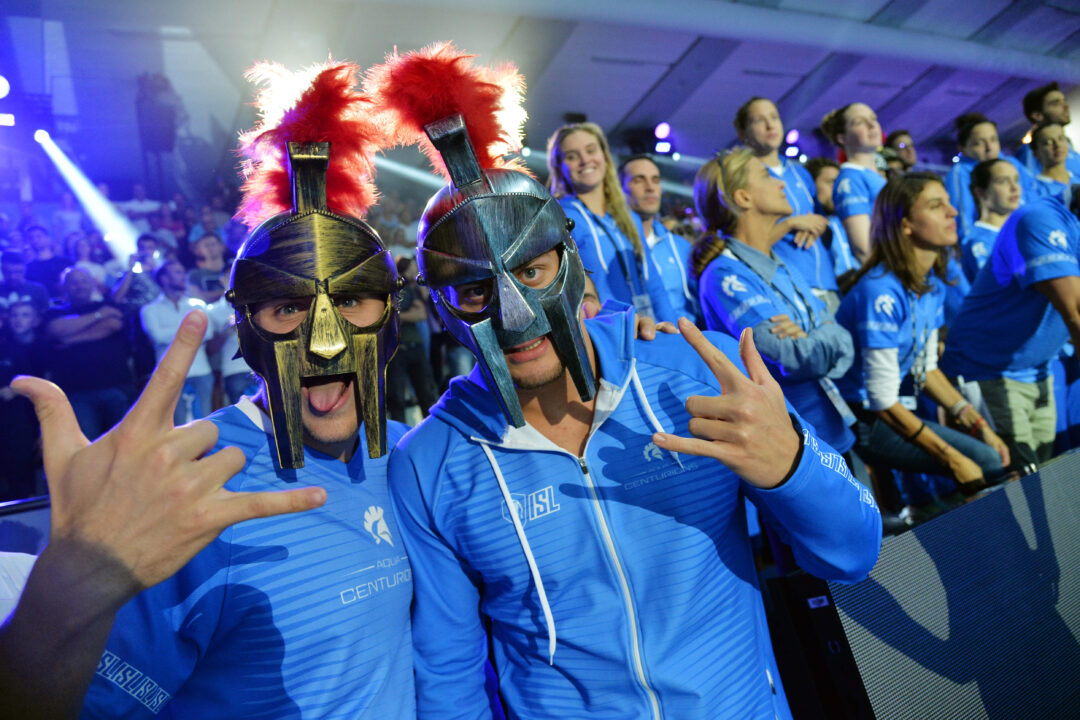 The International Swimming League has announced that Naples, Italy will serve as the host of the 5-week regular season of the 2021 ISL season. The regular season, featuring all 10 teams, will run from August 26 to September 30.

This will be the third season of the league, and the second season that will be held in a “bubble” setup amid the ongoing coronavirus pandemic after the 2020 season was hosted in Budapest.

The 5-week regular season will be followed by a 3-week playoff phase in November that will include the top 8 teams and a Grand Final set for “the end of December or early January 2022.” The locations for the playoff and Grand Final phases have not been disclosed, but ISL says that they expect to announce those locations soon after talks with locations in Asia, Europe, and North America.

The Piscina Felice Scandone hosted a meet during the inaugural season of the ISL in 2019, where hosting locations rotated every week and spectators were allowed. The Naples meet was arguably the most successful of that opening season, with about 1,500 spectators each day in the 4,500 seat pool.

‘’Naples holds a special place in our hearts after such an incredible experience when the city hosted the second-ever ISL match in 2019, so I am very pleased that we are now heading back to this great Italian city,” said ISL founder and president Konstantin Grigorishin. “The Piscina Felice Scandone was full of passionate fans who created such a special atmosphere the first time around, and I hope we can go some way to recreating this.”

The ISL didn’t respond to a question about whether spectators would be considered if the pandemic situation evolved, but their press release did say they would take a “strict safety-first set up similar to that of the successful ISL Season 2 bubble.”

The pool’s most recent international use was as the host of the swimming portion of the 2019 World University Games. While the pool was built as a fixed 50-meter course without extra room for a bulkhead, the ISL donated a bulkhead to the City of Naples ahead of its 2019 stop in order to be able to convert the course to the ISL’s preferred 25 meter format.

The ostensible host team, Italy-based Aqua Centurions, have finished in last place in each of the first two seasons of the league. The team, however, has a new general manager Domenico Fioravanti for the 2021 season, and with the implementation of a draft, they will have a new opportunity to improve their roster.

Not much break for the swimmers after the Olympics. Can’t imagine they would be too keen about these dates

Seriously. The couple months after the Olympics are prime time to capitalize on your success. I want these athletes to get to go have their hometown parades, and do whatever minor celebrity appearances they can, they’ve earned it! Not everyone is Ledecky or Dressel, if they have to go sit in a bubble for a month their name recognition might fade before they get to bask in the well deserved glory.

I imagine lots of these would view ISL as capitalizing on their success by bringing increased attention to the new league. “Hey remember how fun that was to watch on tv? here is a professional league!” I think it’s probably the best time for it.

Except this is not your usual 4 year Olympic Cycle. I think most top swimmers would typically be back in the water shortly after the World Championships 1 year post Olympic Games.

Maybe they want to avoid a clash with World Cup Series? The first cluster of WC ends on Sep 21, and the second cluster begins on Oct 1.

Welcome to the world of professional sports leagues, where television schedules and ratings rule everything.

we may see some crazy performances on the other side

Or some really bad ones after multiple tapers, end of the season

The swimmers do not need a break only 3 years until Paris 2024. Hopefully, ISL comes to Miami Beach

I thought it seemed like a pretty quick turnaround, too.

I get the WE GOTTA CAPITALIZE ASAP thinking though. It’s never really been tried, so who knows if a wider audience would be more or less receptive if it was another couple of months later.

As was seen in ISL1, many were able to sustain their World Championships taper. Some planning on hanging up their goggles will, indeed, do exactly that immediately after the Olympic program concludes but its likely a good many (who’s events fit well within the ISL list) WILL take the opportunity for a nice farewell pay-day.

Any updates on whether everybody involved with the ISL eventually got paid?

I think we’ll know the answer if the swimmers show up for Season 3 . . .

You really think that big names like Dressel,King,Peaty,Sjostrom,Murphy,Le Clos,Hosszu,Rylov,Murphy,Kromowidjojo,Pellegrini etc. swam for free? As for others there was 10 teams with full rosters that had no complaints in season 2.

Oof. $50 million is a real expensive training camp if all they accomplished was “keep the athletes from complaining.” I got the impression that the goals were loftier than that, but maybe I’m wrong.

The athletes finally received communication a few weeks ago about a plan to get them paid. They’ve received some, but not all, of the money.

I do know there is some rumblings among US athletes about the timing of the season. After being gone for 6 weeks from their families, I don’t know that most will be keen to do so again. Remember that for the big stars, ISL money is basically “family vacation” money. The Murphys and Dressels and Ledeckys are making millions/year, so an… Read more »

I think the idea is to get a broader audience interested in the sport… and if that happens (and it’ll only happen with those names participate), then eventually it will make or break financial futures for swimmers. It’s in everyone’s interest, including theirs, that they participate. The league is a commercial enterprise, like all professional sports leagues, and I’m sure they have positioned it in the calendar where they can expect the best financial returns.
And it’s not like professional swimming is a job that you can do until you reach regular retirement age at 65 or something and they’ll be expected to always be available for long-ish bubble events. It’s unfortunate that we have to deal with a… Read more »

Wish we could see who all is signed up already