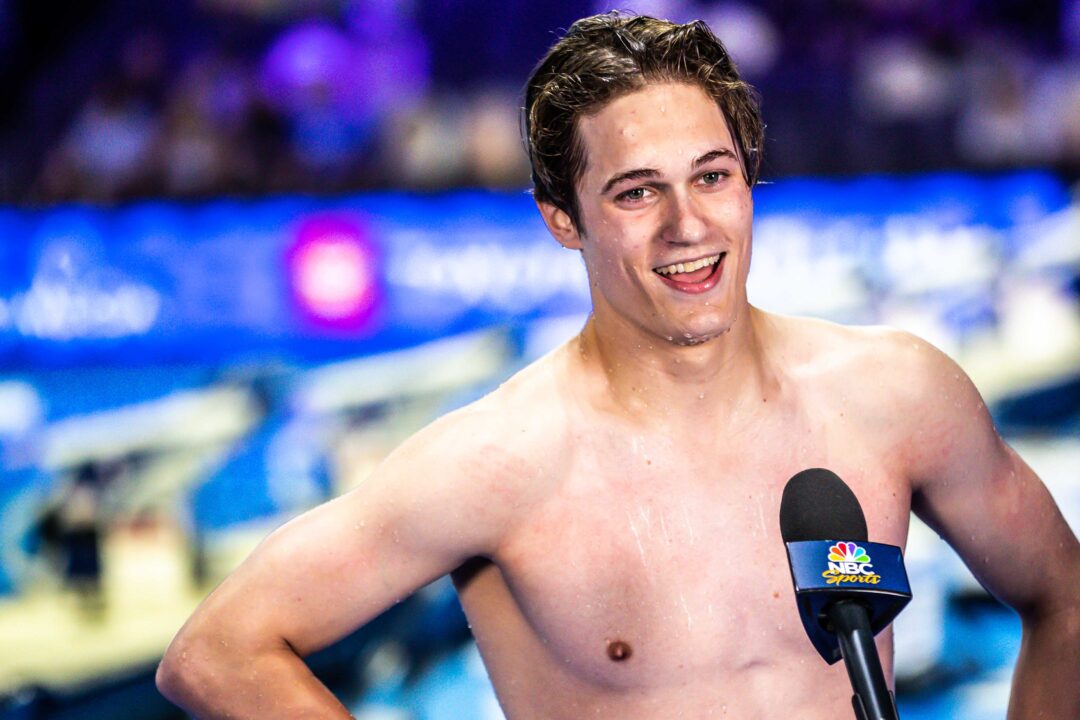 They finished with a time of 1:32.43 to destroy the previous record which was set by the Dayton Raiders during the 2017 NCSA Championships at 1:33.24.

Sacca, Stoffle, and Beamon are all 18 years old and Mcgrady is 17 years old.

At the time, Perera and Pohlmann were 17 years old and Bybee and Knowles were 18 years old.

Georgia commit Mcgrady came the closest to matching Pohlmann’s 23.01, the fastest split on the 2017 relay.

Sacca, also a Georgia commit, led off the relay .11 faster than the Dayton Raiders’ lead-off split and handed it to Stoffle, an Auburn commit. Stoffle’s leg was the biggest difference between the Spartans relay and the previous record’s 2nd 50 split of 23.57.

Spartans Aquatic Club took down three short course yards National Age Group relay records within two days in March, and each one of these swimmers played a role.

Swim atlanta went faster than the old nag to, if anyone was wondering

They have a great future ahead of them.

That is four quality legs. Not just a single National teamer stud pulling the rest. What a good training group!