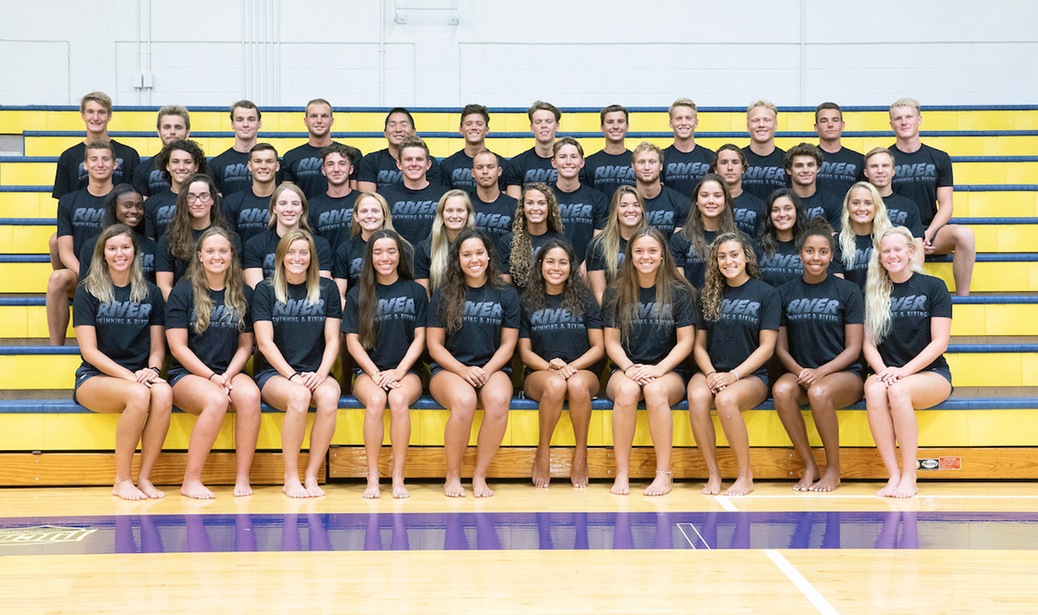 The Indian River men and women, thanks in large part to a contingent of South Africans, are on their way to extending decades-long winning streaks at the NJCAA championships. Stock photo via Indian River Athletics

Indian River State College entered the 2019 NJCAA Swimming & Diving Championships with a 36-year women’s title streak and 45-year men’s title streak on the line, and if day 1’s results are any indicator, the Pioneers are well on their way to adding 2 more trophies to their cases.

The NJCAA is an organization founded over 80 years ago that includes community college and junior college athletic departments from 24 states across the country. Swimming numbers have been dwindling in recent years as a result of program cuts, and are now mostly located in the central and eastern United States, but the country’s dominant program, Indian River, is still going strong.

The first day of the meet felt a significant influence from an influx of South Africans into the league: most of the day’s races were won by swimmers from that country.

While the Indian River men picked up 5 wins on Thursday, they did not start out the day with a win. In the first men’s final, Iowa Central’s Emile Lutzeler won the 50 breaststroke in 25.43, which will be one of the few non-IRSC wins of the meet. The freshman from South Africa was only 2nd in prelims, behind a 25.30 from Indian River’s Eric Veit, but Veit added 3-tenths of a second to place 2nd in the race.

Other than that, it was all Indian River Pioneers at the top of podiums (though Iowa Central showed depth in some places to indicate that maybe there’s an ever-so-slight shifting of the tide in the NJCAA).

Indian River then broke the meet wide open in the next race, the 200 IM, when they went 1-2-3-4-5. That was led by freshman Jarryd Baxter, who won handily in 1:47.85. That’s about a second shy of the 1:46.73 that he swam mid-season to break the NJCAA Record. Baxter, who originally committed to Auburn, is a former South African National Champion (the NJCAA has become a frequent first landing spot in the US for South African swimmers looking to matriculate to the NCAA).

Baxter didn’t swim the 1000 free, in spite of breaking the NJCAA record by over 12 seconds in November.

Last year’s 50 breaststroke champion Ruben van Leeuwen of Indian River shifted to the 50 free this year, but came away with the same result: another title, finishing in 19.91. Indian River had 3 off the top 4 finishers in the race, giving them a big upper-hand in the 200 free relay later in the meet.

The Indian River women, meanwhile, were unblemished on the day, winning all 5 events on the schedule. That started with freshman Savanna Best, who swam a 28.77 in the 50 breaststroke final.

Both her finals time, and her faster prelims time of 28.45, bettered the NJCAA Record of 28.84 set by Courtney Perrett in 2017. Perrett (another South African) is now at Ohio University.

Jarryd Baxter is a freshman.