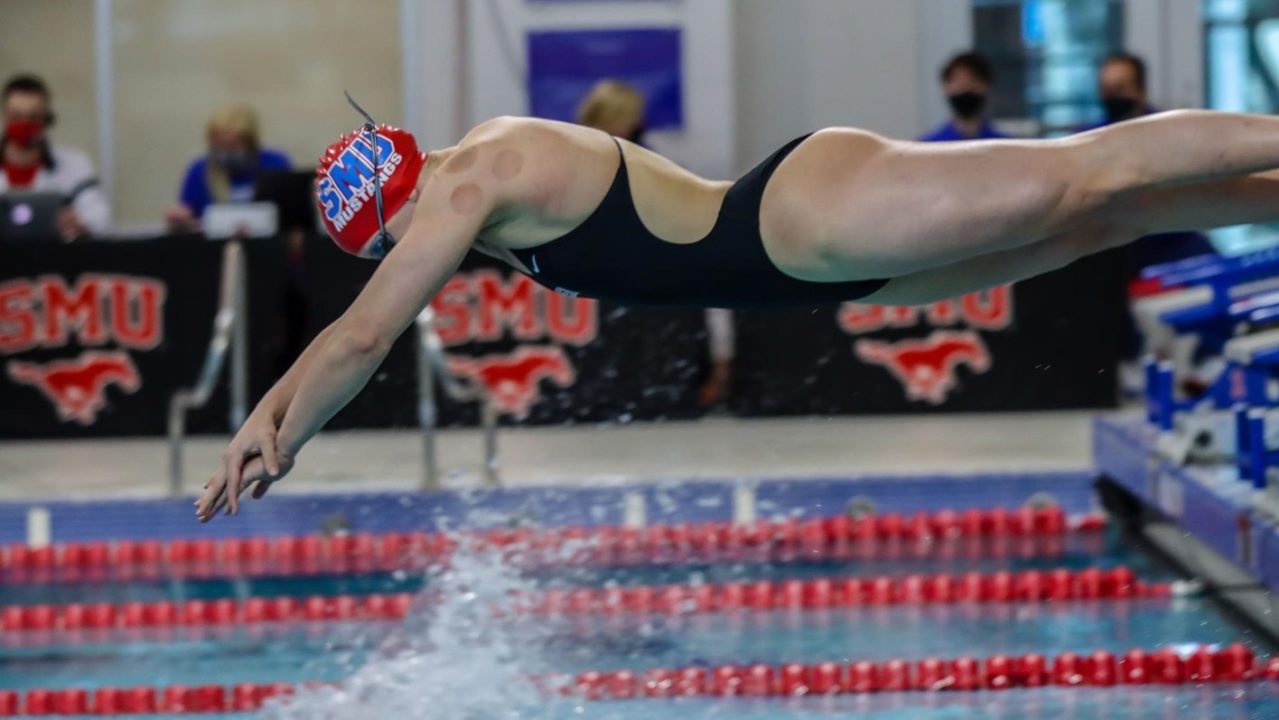 Alex Stevens swept the women's 50 and 100 freestyle events against the Aggies and conference opponent Tulane. Current photo via SMU Athletics

In a Senior Day dual event against North Texas on Jan. 23, Ohlhauser posted career performances on both boards, leading the field with a six-round 305.48 on 1 meter, which exceeds the NCAA’s newly created A Zone qualifying score. On 3 meter, she posted a 325.43 to take the top spot.

Ohlhauser has already qualified on both 1 and 3 meter from scores achieved prior to Dec. 31, and will compete at the NCAA Zone Championships in March.

The senior also finished fifth on 3 meter against No. 13 Texas A&M and seventh on 1 meter.

Stevens swept 50- and 100-yard freestyle events against the Aggies and conference opponent Tulane. In the meet against Tulane, Stevens led the Mustangs to a sweep of both events.

She also helped SMU to wins in the 200 free relay in both meets, and in the 400 medley relay against Tulane.

In all, Stevens has won six individual events since returning to the Mustang line-up this month. Both her 50 and 100 times rank top five in The American.

The duo joins Nicole Stambo who also earned league recognition this season as the conference Diver of the Week on Dec. 15.

The Mustangs are back in action Friday, Feb. 5 against No. 1 Texas in Austin.