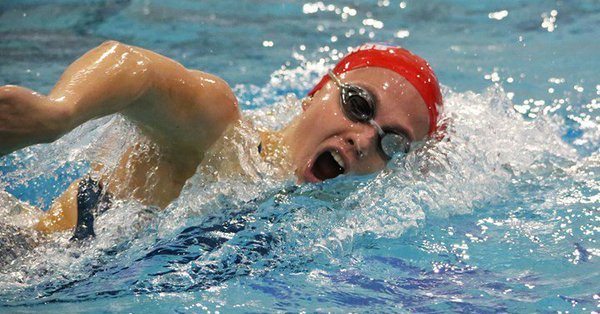 Fans can follow the action live on SMUMustangs.com, with results and video available, and by following on the Meet Mobile App ($) and at Divemeets.com.

The Mustangs hosted the SMU Classic to open the 2018-19 season on Oct. 12 & 13, an event that featured three teams in the top 15 of the CSCAA TYR Top 25 Poll. SMU was led by Andrea Podmanikova and Erin Trahan at the event, both posting NCAA B standard times.

Podmanikova, who was named The American Swimmer of the Week on Tuesday, clocked the second fastest times in the NCAA this season in the 100- and 200-yard breaststrokes, while Trahan has the seventh fastest time in the 100-yard butterfly and 16th fastest in the 200.

The Mustangs also hold the fastest time in The American in 10 individual events and three relays, and also hold 18 spots in the top three for individuals.

Houston is 3-0 in dual action, which includes a 151.50-148.50 victory over AAC opponent Tulane. The Cougars also placed second in a four-team event hosted by Rice last weekend. Freshman Katie Deininger won the high-point award at the Houston Diving Invitational, sweeping all three events.

North Texas defeated Little Rock, 207-80, in its first dual meet of the season, while Averie Ruiz led the Mean Green in diving action at the Houston Diving Invitational.

The double dual with the Cougars and Mean Green is the first full team event for SMU in 2018-19. The season-opening SMU Classic was an altered format event featuring eight swimmers and one diver from each participating institution. SMU welcomes seven newcomers to the Hilltop, while returning 19 letterwinners.

This is the first full season for SMU in the Robson & Lindley Aquatics Center and Barr-McMillion Natatorium. SMU broke ground on the new facility Friday, Feb. 26, 2016, and hosted the facility opener Nov. 3, 2017. The 42,000 square foot center is home to SMU’s internationally-recognized men’s and women’s swimming and diving teams. The Aquatics Center features an Olympic-sized, eight-lane indoor pool with a platform diving area, including four springboards and a 10-meter tower for training and competition. Coaches’ offices, men’s, women’s and visitor locker rooms and a classroom and meeting area are located adjacent to the pool. Spectator seating for 800 is on the mezzanine level. The facility has hosted the 2018 American Athletic Conference Championships, 2018 USA Diving Senior Nationals, NCAA water polo action and Swim Across America.