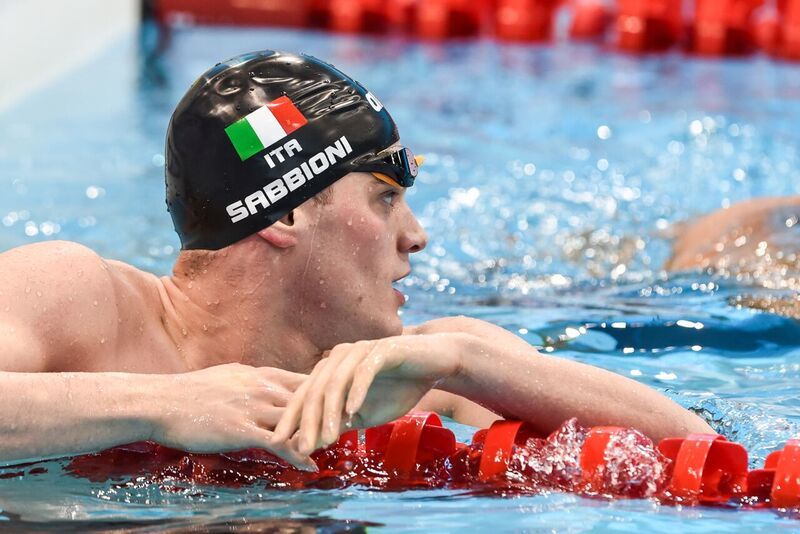 After 2 records were broken to open the session, a 3rd has gone down in the same afternoon session at the 2017 Italian Short Course National Championships in Riccione.

21-year old Simone Sabbioni, who has plateaued a bit over the last few seasons, swam his first lifetime best in a backstroke race in more than 18 months to qualify 1st in prelims. He touched in 49.96, making him the first Italian swimmer under 50 seconds in the event. The old record also belonged to him at 50.57.

Teenager Lorenzo Mora wasn’t far from Sabbioni’s old record either – he swam 50.81 to qualify 2nd into finals. That makes him, as far as we can tell, the 3rd-fastest Italian ever, behind only Sabbioni and the previous record holder Damiano Lestingi, who swam a 50.65 in 2008.

The swim makes Sabbioni the 3rd-fastest in the world this year, behind only a 49.88 from Japan’s Ryosuke Irie and a 49.82 trom China’s Jiayu Xu, and the fastest European – two weeks out from the European Short Course Championships.