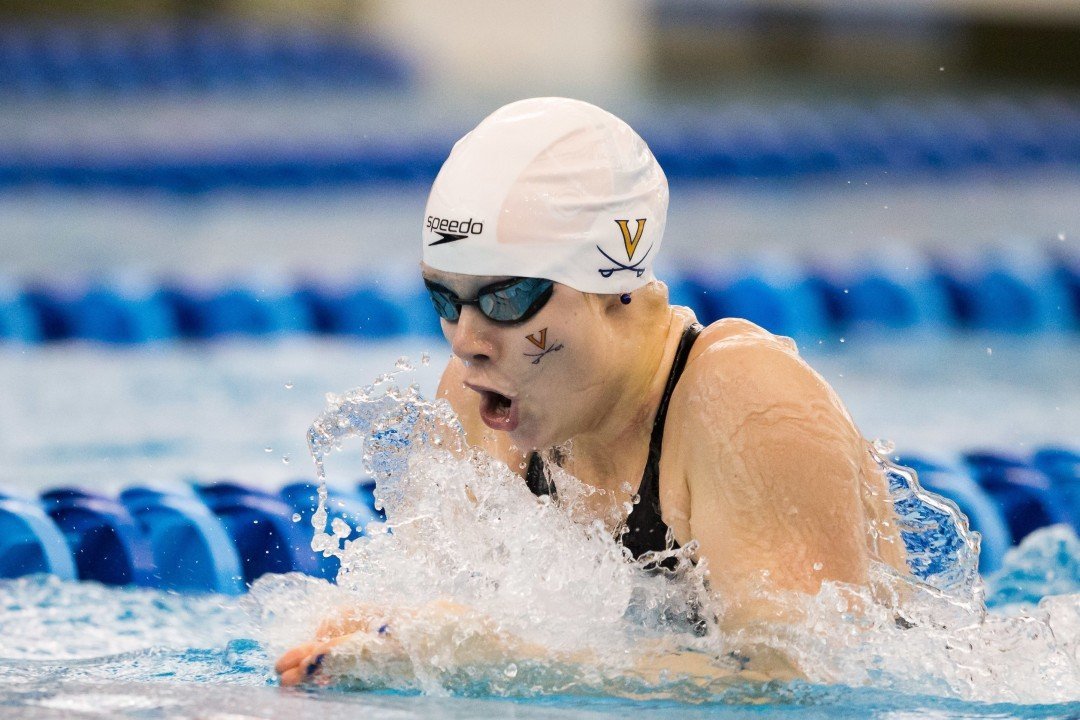 Germany has announced its roster for next months World University Games, with a number of American NCAA standouts joining German college stars.

Germany will take 10 swimmers to the World University Games in Gwangju, South Korea, 4 men and 6 women.

NCAA fans will recognize a pair of breaststrokers in Laura Simon and Fabian Schwingenschlogl. Simon was the NCAA runner-up in the 200 breast for the University of Virginia, but she’ll swim a more sprint-oriented lineup in Gwangju, taking on the 50 and 100 breast.

Schwingenschlogl was an All-American for Western Kentucky University before that program was suspended this spring. He’ll swim the 100 and 200 breaststrokes at the World University Games.

His teammate Nadine Laemmler is also on the German WUGs team, slated to compete in the 100 and 200 back. Both Schwingenschlogl and Laemmler are still “free agents” in the college market, with the Western Kentucky program suspended and most of its swimmers transferring out to other programs.

Joining those NCAA swimmers are some German college athletes, highlighted by national record-holder Felix Wolf. Wolf competes for the Brandenburg Police Academy and holds the German record in the short course 200 back. He’ll swim all three backstroking distances in Gwangju.

You can view the full roster for all sports here, but we’ve pulled out the swimmers below:

Anyone have any idea where Fabian Schwingenschlogl will be transferring too? That’s a valuable swimmer for a lot of teams.