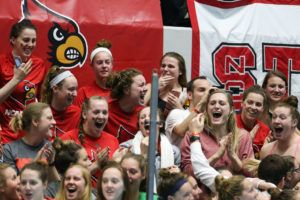 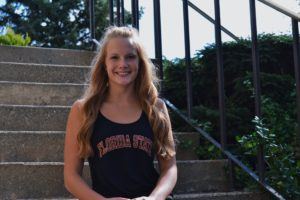 Florida State has picked up a verbal commitment from Canadian breaststroke Nina Kucheran. 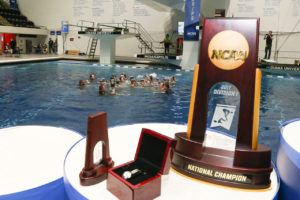 Stanford is projected to return nearly 200 points more than any other team due to their strong depth heading into next year as they look to defend their 2017 NCAA title. 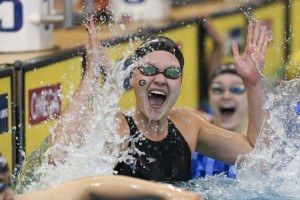 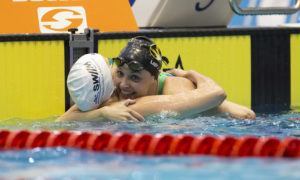 Laura Simon
Laura Simon is an elite breaststroke swimmer originally from Simmern, Germany. Simon has been successful across the international and NCAA realms, competing at Germany’s Olympic Trials and earning NCAA All-America honors at the University of Virginia. At the 2015 NCAA Championships Simon was the runner up in the 200-yard breaststroke and finished 4th in the 100.

Junior career
Prior to joining Virginia’s squad Simon was ranked as the third-best breaststroker from her native country — at the 2012 German Olympic Trials, Simon finished 3rd in the 100-meter breast and 5th in the 200. She was a promising recruit for Virginia as she was predicted to be better at short course. In addition to holding numerous German Age Group Records Simon was a finalist in both breaststroke events at the 2011 World Junior Championships in Peru.

University of Virginia
2013-2014
As a freshman at Virginia Simon advanced to the NCAA Championships after earning All-ACC honors in the breaststroke events. At the NCAA meet she earned Honorable Mention All-America honors individually with her 11th-place finish in the 200-yard breast making the history books with a school record in the 100 breast. She was also the breaststroke leg on the 7th place 200-yard medley relay, and helped break the school record in the 400-yard medley relay.

2014-2015
Simon made massive improvements as a sophomore. In the early season Simon went undefeated in both breaststroke events in dual meets, which carried over to a successful championship season. She finished 2nd in the 100 breast at the ACC meet, and qualified for the NCAAs two years in a row. Simon swam the breaststroke leg on the 400-yard medley relay that finished 2nd, and broke the Virginia Record, and on the same day broke the 100 breast school record with her 4th place finish. Her big finish came in the 200 breast, when she finished 2nd with a strong first 100 yards.

2015 World University Games
Simon qualified for the 2015 World University Games representing Germany — she swam all three breast events including the 50, 100 and 200-meter breaststroke. Simon advanced to three semi-finals, finishing 13th in the 100, and 15th in both the 50 and 200 breast. She also swam the breaststroke leg on the 4×100-meter medley relay that finished 6th.