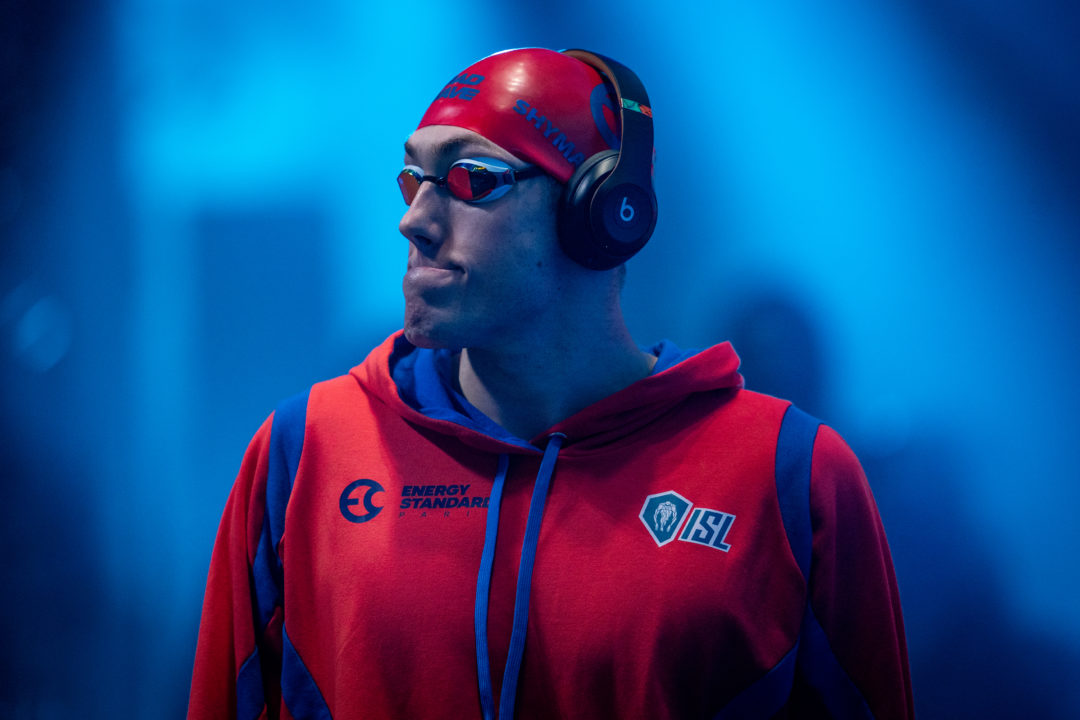 Ilya Shymanovich continues to dance around a possible 50m breast world record, posting another big-time performance tonight in Russia. Archive photo via Mine Kasapoglu for ISL

After firing off an eye-catching 25.94 in this morning’s heats of the men’s 50m breaststroke, visiting Belarusian ace Ilya Shymanovich crushed a menacing 25.67 to take the Vladimir Salnikov Cup title.

Competing here in St. Petersburg directly off the Belarusian short Course Championships, the 27-year-old is coming off a monster 25.39 post just days ago. That outing rendered him as the world’s 3rd fastest performer all-time, with today’s 25.67 just .26 shy of that result.

Also in the water today contesting the men’s 100m free was Vladislav Grinev, the man who clocked the quickest time of the morning in 46.98. Tonight, however, it was Ivan Girev‘s turn to take the lead, with the 20-year-old putting up a lifetime best of 46.72 to nab gold.

21-year-old Martin Malyutin got it done for gold in the men’s 400m free, posting the only sub-3:40 effort of the field. Touching in a time of 3:39.31, Malyutin logged the 4th fastest time of his career, one which includes a PB of 3:37.75 from when he placed 4th in the event at the 2018 World Short Course Championships. That outing ranks him as Russia’s 4th fastest performer all-time.

It was just a couple of days ago at the Russian Short Course Championships that Chikunova logged a massive 2:18.10 in the 200m breast to check-in with her 2nd fastest time ever. Her 1:04.35 PB in this 100m breast event ranks the teen as Russia’s 2nd fastest performer all-time only behind multi-Olympic medalist Yuliya Efimova.

The women’s 50m free saw Arina Surkova surge to the wall first, touching in 23.90 as the only sub-24 second swimmer tonight. This matches her 23.90 PB from last year.

Surkova raced as a member of the NY Breakers this ISL season, dropping the Russian national record in the 50m fly down to 24.87 and the 100m fly record down to 56.36 over the course of the competitions.

The men’s 200m breast here was won by Aleksandr Zhigalov, with the 19-year-old posting a winning effort of 2:04.92. This result represents his first time under the 2:05 barrier and now enters him as the 10th fastest Russian performer all-time in the event.

In one of the most highly-anticipated events, the men’s 50m fly, it was visiting Belarusian Grigori Pekarsky who grabbed the gold ahead of favorite Andrei Minakov.

Minakov led the men’s 50m fly heats with a speedy 22.62, within range of his newly-minuted WJR of 22.34, but wound up settling for silver in the final with another speedy swim of 22.54.

Landing atop the podium was Pekarski, who stopped the clock in a big-time 22.37. That now overtakes his aforementioned previous days-old PB and Belarusian record of 22.40 and also established a new meet record. Pekarski now ranks as the 25th fastest performer all-time in this fast and furious fly event.