Shout from the Stands: Fluidity Over Force 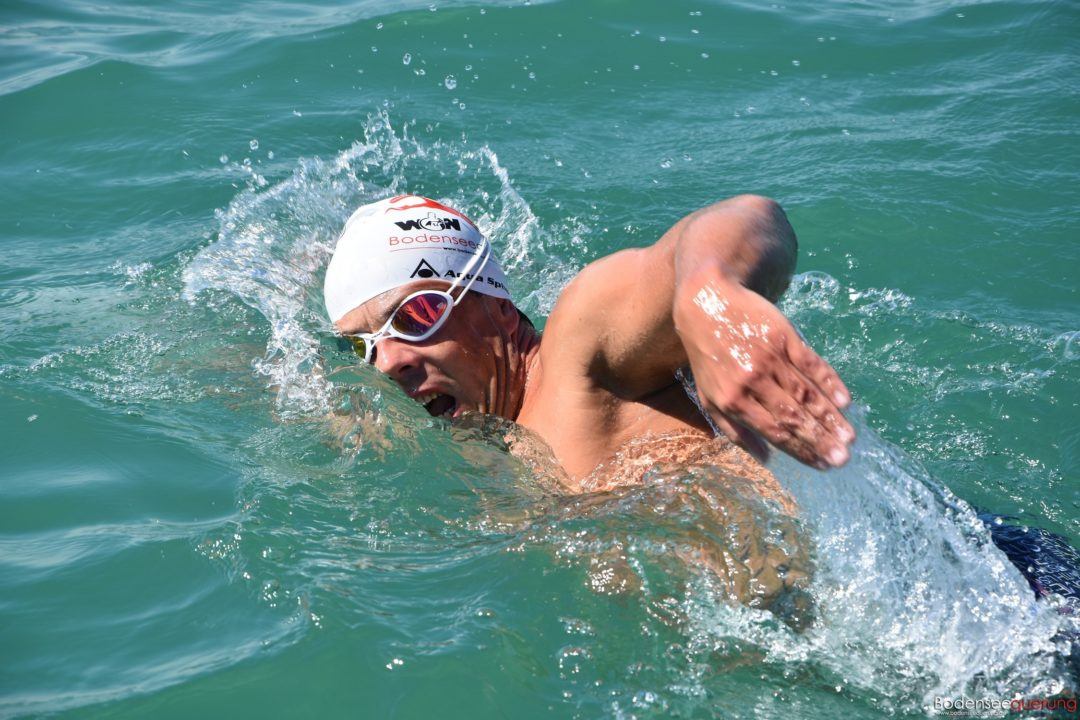 In swimming, going with the flow is both proverbial and literal as the water works with you or against you. Current photo via Oliver Halder

The Space Between: COVID and Swimming

“A small chunk of open water that for an hour allows me to still be who I was before everything around me changed. I’m just a little girl again in the water.”

Canadian Olympian Taylor Ruck reveals the issues she’s had with an eating disorder in recent years in an interview with Canadian paper The Globe and Mail.

This “Shouts from the Stands” submission comes from Tyler Baxley, a runner, swimmer and former graduate student in sport psychology at Fresno State University.

For my sport psychology graduate school project, I yearned to explore the internal realm of endurance athletes. In order to do that, I needed to accrue an array of unique stories and experiences. Thus, I figured I might as well reach out the best in the world. Three of these individuals – Lynne Cox, Dan Simonelli, & Kevin Eslinger – that learned from are open-water-swimming legends.

Lynne Cox is a pioneer in open-water swimming, having completed numerous cold-water swims (US to Soviet Union in 1987, amongst many) in only a cap, suit, and goggles. Also, she is a published author and shares many of her lessons through compelling storytelling. Dan Simonelli is a coach and long-distance open-water swimmer. He founded the Open Water Swimming Academy and coaches a group of youths with special needs known as the Zombie Patrol. They have gone on to complete relay crossings across both the Catalina and English Channels. Kevin Eslinger is a swim coach and long-distance swimmer, and also regarded for his numerous feats of endurance via paddle-boarding. The three of them continue to inspire and instruct swimmers all across the globe through different capacities.

Amongst the many lessons learned, one significant point each of them re-emphasized was the importance of going with the flow. In swimming, going with the flow is both proverbial and literal as the water works with you or against you. When it works with you, the external buoyancy generates an inner-rhythm and smooth synchronicity. When it works against you, it builds into a resistance that becomes more pronounced with each stroke. Such a resistance can fester into one’s psyche, morphing into frustration or a complete lack of focus.

The truth is that you can’t have rhythm without resistance. In other words, resistance is inevitable. This does not mean all hope is lost. In fact, it’s quite the opposite. When these moments of resistance do arise, you are left with a choice. You can address the resistance with either force or fluidity.

Force implies fighting against the resistance. Whether this is done by ignoring a developing negative dialogue in your head or exerting twice the effort, there will be an eventual rebound effect. The negative conversation in your head, if ignored, will only become louder and increase in frequency. Doubling-down on the effort won’t bode well either. It is a temporary solution; however, the stronger the effort is forced, the stronger the water will work against you.

“Water doesn’t mind pressure, but it doesn’t like tension. If you try to force something, you know, the water doesn’t cooperate with you.”
– Kevin Eslinger

Fluidity is the opposite of force. It requires two steps. First, you have to accept the resistance or what is. Second, you adapt to it by seeking ways in which you can work with it. Fluidity isn’t easy, but through practicing accepting what is and adapting to that, it might help in minimizing the resistance. The recipe is repetition, as this is a process fueled by attention and intention.

“When I’m feeling really good, nothing is aching, aching, nor wrong. Everything is moving. I’m flowing through the water and it’s flowing over me and around me. Everything feels connected.”
– Lynne Cox

“Sometimes you’re mentally strong and you’re physically struggling. Other times your physically strong but you’re mentally lacking. And then, other times you’re in sync. If you don’t work through the sluggish times, you are really selling yourself short. It all begins with the breath. When you find your breath, not only might that offer a sense of calm, but it could help in generating rhythm and pace as well.”
– Dan Simonelli

The relationship you have resistance is no different than any other relationship in life. You have to work at it otherwise it debilitates or dissolves altogether. In choosing fluidity over force, you are choosing to actively work towards turning resistance into rhythm, thus opening yourself up to learning opportunities. Ultimately, this means every single training session – good, bad, or ugly – is an occasion to get a little bit better than you were before.

Tyler Baxley recently earned his M.A. in Sport Psychology from Fresno State University (Fresno, CA). As a youth, his Summers were comprised of swim meets and working on the family’s dairy farm, both of which are endurance challenges in their own right. After completing the Boston Marathon and a 100-mile ultramarathon distance run in graduate school, he wanted to find out what separated the best from the rest in the world of endurance and why. Ultimately, that led Tyler to interviewing 10 of the world’s best endurance athletes and extracting commonalities / unique differences amongst the group. The conversations from this project renewed Tyler’s relationship with swimming, as he one day hopes to complete an open-water swim. When Tyler isn’t running or swimming, he enjoys writing, making sauerkraut, strumming the guitar, reading, and cooking. Currently, Tyler is teaching and conducting sport psychology consulting in Central California. For more, check out www.theresilientathlete.org or tylerwilliambaxley.wordpress.com