Should My Child Go to Swim Camp? 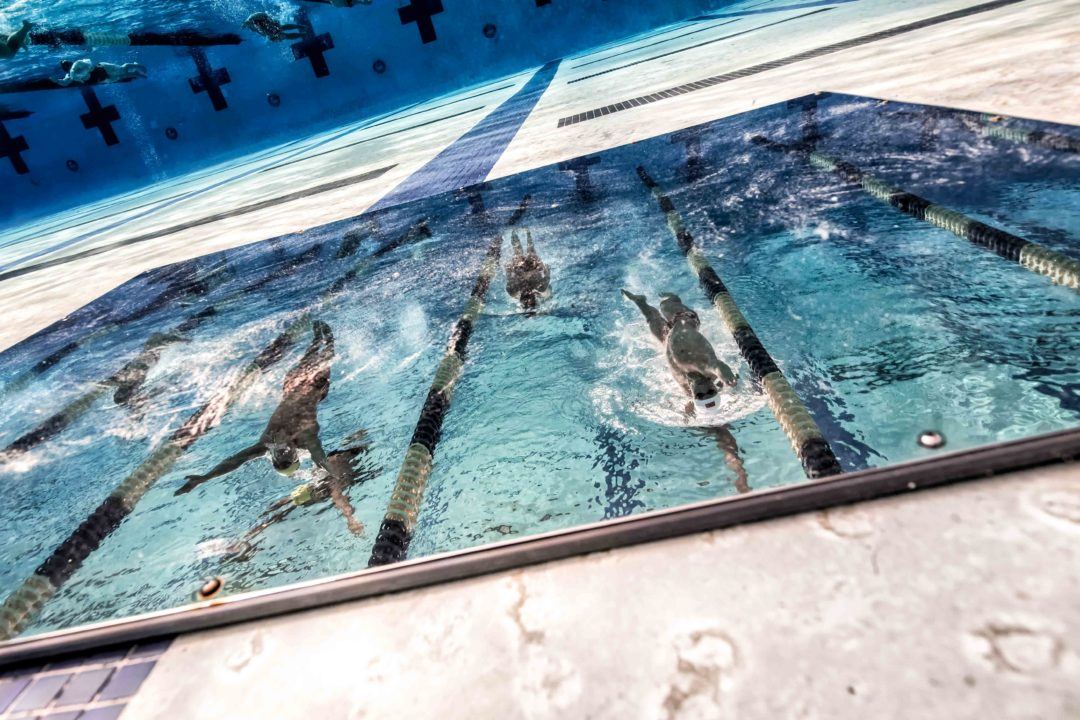 It may seem a little early to think about summer swim camp, but as swim parents, we plan our calendars further ahead than most. Here are a few things to think about when sending your child to swim camp. Current photo via Mike Lewis/Ola Vista Photography

It may seem a little early to think about summer swim camp, but as swim parents, we plan our calendars further ahead than most. Also, the spots on swim camps can fill up quickly! You can read about the many possibilities for Summer 2019 in See 27 Swim Camps You Might Love.

There are swim camps at many universities that are taught by top level coaches and current and past swimmers. My kids loved swim camp at USC and swam at both the Schubert and Salo camps. They were coached by an amazing staff, made life-long friends and enjoyed meeting Olympic medalists.

Here are a few things to think about when sending your child to swim camp:

Will your child be prepared to be on their own for a week? One of my friend’s daughters was hit hard with homesickness. My own son suffered with illness and asthma. It wasn’t the week we had planned. Fortunately, the staff was really good about communicating with us and they were helpful to our kids.

Swim camps have rules for behavior and some have restrictions on cell phone use. It’s a good idea to read through these policies with your kids, so everyone knows what’s expected. If there are restrictions on when to call parents, you’ll both be on the same page and can plan. Don’t feel too bad if your kids forget to call.

Swim camps give your kids that needed experience of being on their own, which will help them on their journey to adulthood. They’ll be getting themselves out of bed, choosing their meals at the cafeteria and learning to fend for themselves without mom and dad.

Your children will get to swim with a group of kids that they may not see at their local meets. It can be eye opening to see the various levels of swimmers within the same age group. Many of the summer camps at major universities attract swimmers from throughout the country and the world.

Talk to your children’s coach.

We had a few coaches who didn’t like the kids leaving for a week. Maybe they viewed camp as a conflict with their training, or they weren’t happy with possible changes in technique. Others thought camp was a valuable experience that would inspire swimmers. In any case, it’s a good idea to let your children’s coach know what your plans are and ask for their input on timing.

If your children love swimming, what a great week you’re giving them. The summer swim camp may keep them in the sport and inspire them to swim beyond the age group years. They’re guaranteed to have fun while swimming several times a day. Take advantage of your time off from being a swim taxi and have some fun, too.

What are your thoughts about summer swim camps?

Safety and security of children is paramount. Some camps are vigilant in this regard whereas others not so. As a parent I would vet wherever my child will spend time, particularly at a residential camp.

We sent our son to the Auburn swim camp for several years for the first week of the summer break. He loved the experience of staying in the dorms, meeting Rowdy (ice cream treats with Rowdy), seeing Cielo and other Olympians swim. Even at a younger age (middle school) it was a great break from the routine before coming back and hitting long course training. I am not sure how much he retained, especially when he came back to the typical training and routines of his year round coach. He stopped going when he moved up into the senior group, but when he was younger we considered it a reward for his year round dedication.

There was a camp about 4 hours away that everyone loved to go to every summer. It was the right distance from home to feel independent, but with a back up in case you really hated it or got homesick. The coaches were amazing and the camp attracted such a great pool of swimmers that would never have come into contact with each other since the camp drew from about four different LSCs.

One year, our club team got a new head coach who instituted a “ban” on going to swim camp because he hated the loss of control and thought it undermined him (this behavior manifested itself in many other policies too). The end result? About 15 families, including… Read more »

As parents, we teamed with our swimmer to discuss the various camps, duration, location, and if any other swimmers from the club team were going. We didn’t have club coaches with a lot of swim camp knowledge, so leaned on older swimmers to get a hint of “good” vs “just ok” experience potential. Asking around at meets and practice (the ole’ grapevine) was how we judged where we’d outlay our cash. Our swimmer did week long stroke clinics, just the weekend starts & turns clinic, and the combinations. We even went a week at one camp and a weekend at another. Us parents purposefully ignored our swimmer while at camp, just to promote the individual experience. Here’s the great thing… Read more »